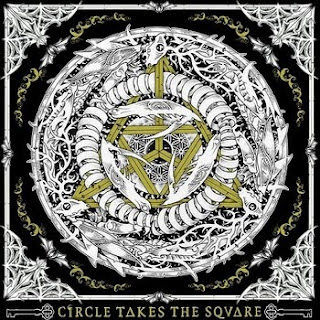 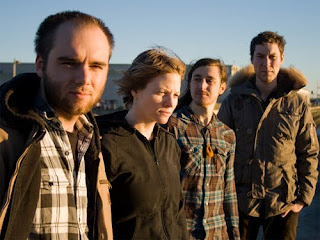 It's weird looking back and seeing that it's been about seven years since the last Circle Takes The Square release. This new EP, which is set to prelude a new album later this year, has got me excited. It had been years since I had listened to CTTS and finding this new EP really got me in the mood to listen to them again.
CTTS obviously made waves when they released their debut full-length, "As The Roots Undo," back in 2004, where they mixed elements of emo, post-hardcore, screamo, post-rock, thrash metal, and grindcore together into a volatile combination. In the seven years since then, the quartet appears to have evolved, obviously, into a band that isn't so focused on making a single song one particular part of their sound. This four song release combines elements that their full-length had together instead of keeping them separate. The post-hardcore meets doom metal vibe of opener Enter By The Narrow Gates really set the tone, in terms of quality, for how the rest of the album would sound. I don't know what the band have done for the most of their absence from recording new material, besides touring, but they have most certainly been able to mold themselves into a more cohesive and well-oiled machine.
Overall, very much worth the long wait and it has me looking forward to the full-length with much anticipation. Another win for this quartet, they still sound like no one else and have definitely improved on all fronts. Definitely worth checking out if you like experimental rock and metal music.
Overall Score: 8
Highlights: The Ancestral Other Side
Posted by maskofgojira at 8:01 AM