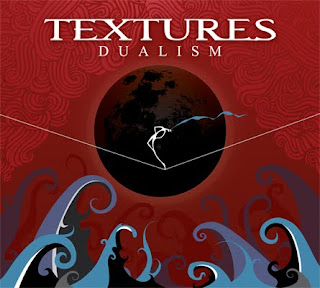 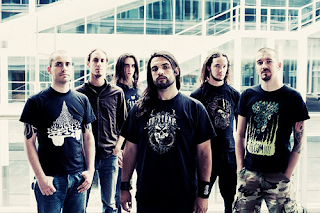 It's been about three years since the last Textures album was released and a lot has changed since then. Vocalist Eric Kalsbeek and keyboardist Richard Rietdijk left the band last year and new members Daniel de Jongh and Uri Dijk joining in later. This is also the band's first release on Nuclear Blast, a label I actually thought the band should have been on for years.
With two new members on board for this album, you could probably imagine all the different routes the band could have taken on this album. While their groove based sound remains intact, this album takes their sound into almost post-metal territory at times. This is the band's most melodic and atmospheric record to date, making frequent use of clean vocals over growling and screaming as well as bringing in a lot more ambiances behind the guitars. There are more than a few occasions on this album where the band break out of a groove and transition into a quieter and more open sounding part before building back up into a groove. Perhaps no track better exemplifies the approach, musically, the band have taken on this album is the instrumental, Burning The Midnight Oil. This track is pretty slow moving but builds from opening till it closes, from soft and quiet clean guitars into more melodic climaxes. I'm not sure if others will agree but, to me at least, I hear more Isis than Meshuggah on here, in terms of stylistic comparisons.
Now, besides the shift in musical dynamics, the most obvious change is Daniel de Jongh's vocals. Now, I was really partial towards Eric Kalsbeek's style in the band and I really thought he did a great job, but I really thought Daniel did a great job on here making himself stand apart. I said above that this album makes use of clean vocals more often than harsher vocals, as can be heard in single Reaching Home for example, but I really think that's where Daniel exceeds expectations on here. I'm sure most people expect that he can scream, especially those that had heard his previous band Cilice, but I don't think anyone could've expected how well his singing is. His croon is really what took this album to the next level for me. In the past I always wished that the band had written music that allowed clean vocals to be a little more prominent, but they have delivered it in spades here. His performance on tracks like Constant Hemispheres and Stoic Resignation really just blew me away with how dynamic his singing is; it's a tough call, but I think I might actually like Daniel more than Eric.
Definitely a really solid record, that really impressed me, it's certainly different, but I did enjoy the path the band has taken on this one. It's a little bit of a grower, for me at least, and I find myself enjoying it a bit more each time I revisit it. Definitely look out for this if you're interested in modern prog/groove metal that's taken a step into the more atmospheric territory.
Overall Score: 8
Highlights: Sanguine Draws The Oath, Singularity, Stoic Resignation
Posted by maskofgojira at 7:37 AM