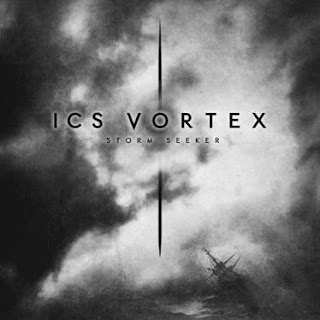 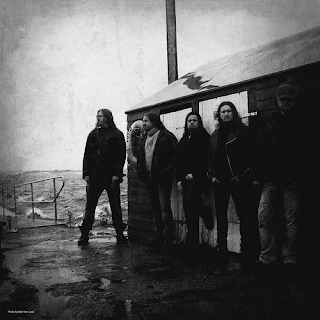 ICS Vortex is a man who has appeared in many a band in his day, most of them very good bands, who has finally released his first solo album. He is a man who's clean vocals have made him quite notorious within the metal genre, or extreme metal to be specific, and has built quite a fanbase for himself. Honestly, I'm actually surprised he is releasing a solo album, it never occurred to me that he was popular enough to release one, but that's just me.
By nature I am a cynical person so forgive me for maybe sounding a bit negative here. My experience with ICS Vortex has been one of love and dislike, not hate, but lets just say that in my opinion, he's been on the worst albums of some great bands. Personally, I found his work on the last Arcturus record to be a bit lacking and I thought his vocals during his tenure in Borknagar were pretty average for me. When I actually listened to Dimmu Borgir I will admit that his vocals did fit, and his work in Lamented Souls was quite good as well. Now, I'm not so harsh towards him that I completely dislike everything, he obviously has a great voice, no question, but it's just been hit or miss with me.
Musically, this has a bit of everything from all the band's he's worked with throughout his career. Most of this album is based in black metal, but you have more progressive and folk elements coming through as well. The ocean theme that runs through the album definitely can be found in the instrumental melodies on here, Skoal! and Oil In Water, which is a little different, but I actually enjoyed them. I don't hear a whole lot of sea and ocean based lyrics working with the music accompanying them so this was a real treat. In all honesty, whether or not ICS just decided to step up his game because this was his solo album or that it naturally came together like this but this was surprisingly good, like wide-eyed and open mouth good. Sure, I wouldn't go so far to say this is groundbreaking or that this completely makes up for some of his more lackluster performances, but this certainly does change how I look at him. The songs on here are far more melodic and memorable than almost anything else I've ever heard from him. His vocals have never felt more appropriate than on here, which I'm sure has a lot of people going "duh," but it's true, he sounds comfortable and empowered on here, more so than on anything else I've heard from him. On a side note, I love the synthe and mellotron work on here.
Like I said above, I was surprised at how good this was, I certainly didn't expect something anywhere close to this when I first got the album. Definitely check it out if you like melodic black metal with a lot of prog rock and folk influences and a lot of clean vocals.
Overall Score: 9
Highlights: Odin's Tree, Windward, Storm Seeker
Posted by maskofgojira at 8:52 AM