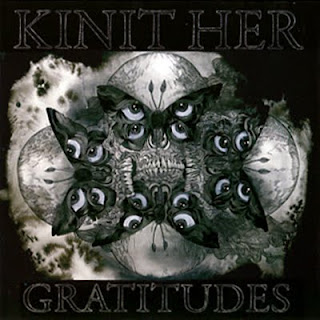 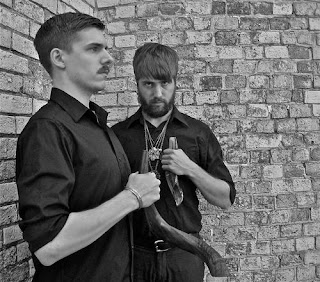 I'll admit it, I really messed up on this one. For some reason I thought this record had come out last year and wasn't planning on reviewing it, which has delayed this review a good month or so. It wasn't till I was going through trying to find one thing to review from Small Doses, I wanted to at least do three, that I finally found out this had come out this year, so here it is, albeit a bit late.
Having never heard of this band before deciding to actually review it, or rather being sent the CD, I came in with the expectations of it being pretty much a drone album. But that alone is still very broad and leaves a lot of room of interpretation, and that's where these guy really demonstrated an interesting sound. Those long winded passages of guitars and synthes being played out into oblivion are here, but it's that neo-folk influence that really got me into this album. The use of acoustic instrumentation from acoustic guitars to violins and horn really impressed me, and to be honest I'm not really a fan of brass instrumentation, but I rather enjoyed how it was used on here. In fact, a lot of the brass instrumentation was used for more of the droning elements of this record, which is something I hadn't heard done before, so they certainly get a plus for ingenuity in my book for that.
Personally, for all the more orchestral touches of this album, I still prefer the more straightforward acoustic moments, Walless for example. It's just something about the simplicity of an acoustic guitar with vocals, and numerous effects and sounds going on in the background on some tracks, that I just found much more relatible. The monastic chanting style of vocals that is used throughout this record really got me excited while listening. Even though this style of vocal is used occasionally in metal, it never reaches this sort of level where it just feels almost liturgical in a way, you'll get what I mean if you hear songs like The Fold or Governors (Seven Tones). All in all, this record had a very unique atmosphere to it that made me think I was in some sort of temple or church from western Europe. The whole thing sounded so big and ritualistic at times that, with the vocals, it felt like some sort of shamanistic ritual.
Despite being very different from my normal listening habits, there was just something about this record that had me coming back to it after my first listen. Haunting melodies remained with me long after the record had ended. Definitely check this out if you like more experimental folk and drone music.
Overall Score: 8
Highlights: The Fold, Principal Vibrations, Gratitudes II
Posted by maskofgojira at 9:16 AM