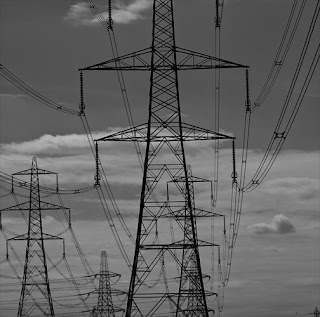 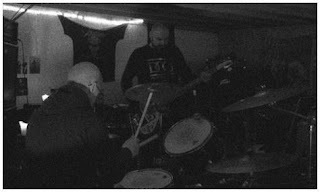 It's been an odd year for music, for myself anyway, as a lot of my favorite releases thus far haven't really been metal albums, surprisingly. Despite coming from a seemingly black metal background, influenced by more than actually sounding like it, Hateful Abandon have crafted an album that's been quite well received. Moving past their "metallic" influences and taking their music into a more precise realm.
What is a band if it doesn't evolve, sure you can repeat the same formula for several albums, maybe keep the excitement going for a few of them, but what's the point if you don't want to hone your sound. Whether it's moving past sounds you once held very close, honing your songwriting to a fine point, focusing on a single part of your sound, these are all examples of how a band could change themselves. Now, I'll readily admit that in regards to post-punk, I don't know much and haven't listened to a whole lot of it, I have heard a couple bands and I have my own choice selection, but as a whole, don't expect me to namedrop a whole lot in here. But to relate how "Move" comes into play with all of this, Hateful Abandon has done all of the above in terms of evolving their sound.
It seems weird thinking about it, but if you listen to both this album and it's predecessor, 2008's "Famine (Or Into The Bellies of Worms)," a clear distinction can be made. These guys have vastly improved on pretty much all fronts. The production holds to a darker, mechanical sound, but is a bit cleaner than their debut, a bit less plastic sounding in my opinion. Performances are a lot stronger, with the drums really bringing a lot of variety in terms of both playing and sound to the table on here, my personal favorite drum performance being on Buried. You'll find everything from great fills to very simplistic dance beats on that song, which is why it stood out to me. The vocals are another story, being performed in a more baritone voice with a more emotion being showcased through singing, with nary a scream or snarl anywhere in sight. Then there's the bass, and this is one of the things I love about post-punk, and might have actually been what drew me to it in the first place, which is performed fantastically, in my opinion. The bass-lines on here are just great, being more memorable, to me, than the guitars in some instances. The songwriting has probably made the greatest leap forward with nary a song not having something memorable about it, the great little melody in Human Clockwork for example or the black metal guitar line in Poundland.
Like I said, I don't know much about post-punk, but I do like a couple bands, this is the type of record that makes me excited to find new bands, whether they be old or new in the sense of when they started. This record just blew me away in a way I never could have seen, it's so well written and performed, it's not too long, and every song just stuck in my head. Even though I didn't expect it, this has turned out to be one of the most consistent releases of this year, and as a result, one of the best this year has to offer.
Overall Score: 9.5
Highlights: Every Song Is A Highlight
Posted by maskofgojira at 10:46 AM