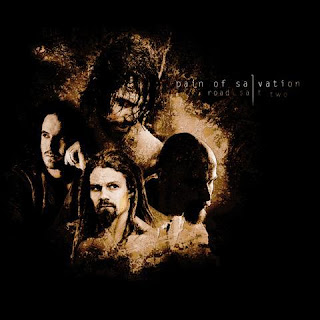 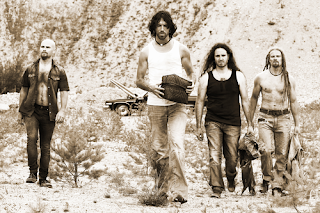 When it comes to the whole prog-metal/rock scene, there are few bands that I find as consistent as Pain of Salvation. Though each album is always a different from the one or two before it, I don't think I could call any of their albums bad, I'd consider some of them in the upper echelon of prog-metal actually. "Road Salt One" was released a little more than a year ago and now we finally have it's companion piece, but does it measure up?
Now, I'll just say this first to clear it up, I was a big fan of "Road Salt One," I thought it was one of the band's most catchy and unique albums, even though it had almost no traces of metal on it at all. I loved their take on 60s and 70s progressive blues rock and psychedelic folk, it was pretty high on my end of the year list. This new album was obviously going to follow closely with that sound, but beyond that and a few tid bits about the inclusion of the likes of violins and oboes on the album, fans were pretty much left in the dark. After a short little introduction with Road Salt Theme, track two, Softly She Cries, already blows pretty much everything from the first album out of the water in terms of heaviness, as it is definitely more "metal" than anything from that album. But as for the rest of them album, don't expect anything that heavy again.
What can you say about an album that pretty much opens up with it's heaviest track, the others will have to be pretty good to compensate. In my head, not only are these songs on an equal plane to those on the previous album, but they actually flow together a lot better. In all honesty, a new listener, or someone who was listening to the last album fresh, that album could seem a bit random in terms of how it kind of moved around from bluesy rock songs to quiet ballads pretty frequently, this album feels more like a whole. The melody that was used in Road Salt Theme is in fact the theme to the album and is repeated in various songs throughout the album. You'll also hear bits that hark back to the last album, Of Salt probably being the most obvious. Stylistically, this album is a lot more varied than the last one as well, which might be a bit shocking because I had said this one is more cohesive, but it just works a lot more effectively. You'll find the heavier rock bits, Mortar Grind, more bluesy numbers, Conditioned, polka songs, Break Darling Break, and even more psychedelic folk rock, Healing Now, but it just works so well. The ballads still remain on here, the likes of 1979 and Through The Distance still bring the softer and more emotional side of the band to the forefront.
The end product comes out very strong with little to dislike, in my opinion anyway. It's not quite as heavy as I think it was made out to be, but it's still a great album no less. Definitely check it out if you like more psychedelic rock.
Overall Score: 9
Highlights: Softly She Cries, Healing Now, The Psysics of Gridlock
Posted by maskofgojira at 10:06 AM