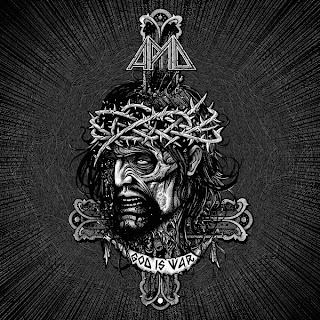 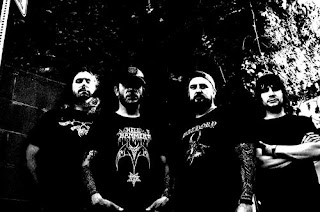 For all it's hype, all the great press I've heard from people about this, it's not why I'm finally getting to this. The reason why I'm so late getting to this, because I've planned it for a little while at this point, is because I've finally found something else to pair with it. Members of Converge, The Red Chord, Bloodhorse, and The Hope Conspiracy, are the members, Kurt Ballou produced it, it's common knowledge at this point, we all know it.
Whether or not I've said it before or not, I am a fan of hardcore music, hardcore punk that is, I find the mid-to-late 80s scene bands just great. Modern hardcore doesn't bring me to the same place those early bands did, most are very uninspired and lackluster, at best. So what is it about these guys, well for me, it's the spunk and passion that actually emanates from these songs, it's feels real, it feels like four guys who are just playing their hearts out. I think it's also the production that makes it feel a bit more authentic, because this isn't a sterile, super polished album, it's produced, but the emotion still comes through. I love how the bass still comes through on a song like Sacrosanct and they just go into a feedback induced breakdown during the title-track, God Is War, this is stuff that wouldn't cut it on a produced hardcore record.
Granted, sonically, this doesn't differ too much from a lot of other modern bands in the hardcore/metalcore, mind you I'm referencing more Converge than As I Lay Dying here, but it's the shifts in the songs that keep it from getting too boring. There are fast, thrashy riffs, vocals that are more shouted and barked than growled or screamed, and constant tempos shifts, a single song rarely remains fast for it's entirety. The intent is to remain pummeling and brutal without being monotonous and single minded, which I feel they have done on here. I'll say that most of this album is fast, most of it, but there's a lot that is slower and mid-paced, the most obvious being closer Sadistic Vindicator which shows the clearest sense of sludge and doom metal influence. In addition to that, I loved the black metal influence included in Extinction Is Ours. Now, I know a lot of people are going to get upset by this, but this is what I feel metalcore should sound like, if you're a metalcore band, you should have equal parts hardcore, punk, crust, etc. and equal parts metal, whatever sub-genre, and should not be attached to all these emocore bands trying to imitate Killswitch Engage and As I Lay Dying.
Hardcore, metalcore, punk, sludge, whatever, so long as it's good, and this thing definitely is. A solid slab of punk inspired music that just made me want to get up and break stuff. Definitely look into it if you like metal influenced hardcore and punk stuff, and sorry for being so repetitive throughout this review.
Overall Score: 8
Highlights: Sacrosanct, Extinction Is Ours, Sadistic Vindicator
Posted by maskofgojira at 9:13 AM