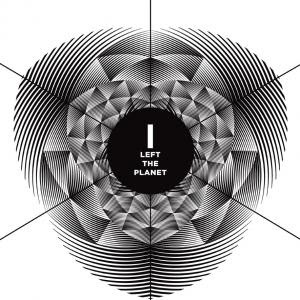 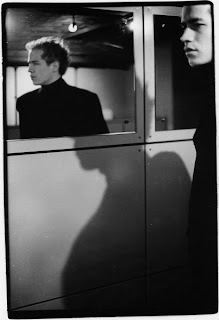 Ah, how I have a fondness for the avant-garde, progressive, and experimental side of black metal. This little three song release has finally been released by Adversum, who are putting out some great releases in the future by the way, over a decade since it's recording. This short lived project includes some of avant-garde black metal's most well known men.
I can only imagine what could have happened if Alexander Nordgaren, of Fleurety, and Czral, of Virus and Ved Buens Ende, decided to make a full-length instead of an EP(?). The three songs on here express elements that clearly show sides from both of their bands, at the time, being recorded in March of 1996, but a side that would come out much later in Virus. While Fleurety were avant-garde in the sense that they pretty much didn't give a shit about being "trve" or "kvlt" and put out the freak-out black metal album "Department of Apocalyptic Affairs," VBE were the definition of avant-garde metal in one of it's earliest forms. These three songs have elements of black metal, but show a bigger influence from jazz. Much like the most recent Virus album, "The Agent That Shapes The Desert," the thing that impressed me the most on here were the bass-lines. The bass is loud and up front, being right up there with the guitars in the mix, but it's played fantastically by Per Amund Solberg, who had done some stuff with Fleurety before. The saxophone playing is also quite well done, compliments to Mari Solberg for his performance on opener Diamond. Hazard in particular.
It's a strange little record with ideas that were probably genre defying back in the day, but have clearly been expanded upon within the last decade, if only by Virus alone. But I enjoyed this, it's a bit short, just under fifteen minutes, but it's enjoyable. I'd definitely recommend this if you like more jazzy or avant-garde oriented black metal, or if you're a completest for Czral's stuff.
Overall Score: 8
Highlights: Diamond. Hazard
Posted by maskofgojira at 10:58 AM