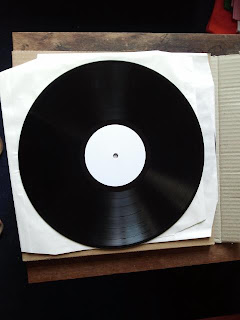 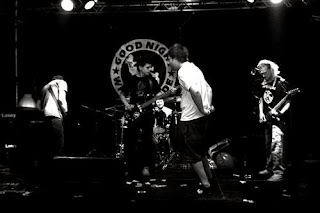 When I was sent a message to review this album, in all honesty, I was actually pretty excited. I had never heard of this band, but the little bit that I listened to sounded pretty good so it helped to get me pretty anticipated about finally reviewing it. It's the type of album that I like to do reviews for, pretty unknown stuff that hopefully a lot of people might find interesting like I do.
So what's so special about this album that got me so excited to review it upon first listening to it? What you'll get from these six songs is a band who's sound is rooted in black metal but influences from sludge, punk, and screamo all start pooling together. It's the intensity and the passion that I loved from this, and the raw production really allows the vitality and passion of the musicians to come through on songs like The Birds Are Leaving The Town. It's also the variation within each song, shifts from more intense punk moments to slower sludge parts and back that make it possible for six songs to just work on a level that a lot of bands don't get with twice that many songs. Having said that, I will say that working on structuring songs a little better would do the band well since there are some moments on here which kind of left me scratching my head as to why a part was used.
The instrumentation on here isn't really spectacular, I mean, it's performed well on all fronts, no question, but the ideas on here aren't always the most original. With that criticism out of the way, I can continue to praise the hell out of this thing because of how each instrument really plays a unique roll in the band's sound. I love how the bass really comes through in the mix, it's just low and distorted sounding but really adds that groove to the band in more melodic moments. The guitar, which sounds like there might only be one on here, really brings a lot of variation; but the most frequent use of it is in more melodic passages or spastic and aggressive parts, with the occasional doomy/sludgy riffs added in every once in a while, Stoned Till Death is probably the best example of all the elements used in a single song, if my explanation was a little confusing. I really have to compliment the drummer because he is just going up and down on here from high intensity double-bass blasts to more mid-paced grooves and he makes it seem so easy, probably the stand-out performance on here. The vocals are done in a very throaty rasp and yell for the most part on here, which is pretty much where the whole screamo thing I mentioned above comes from on here, but will occasionally dip into more hoarse growls on a song like Anomie.
Like I said above, this is really a great album with only a few minor things that keep it from being fantastic. Thumbs up to these guys for writing such a killer debut full-length and I hope they keep writing killer material like this in the future. Definitely check this out if you like a more passionate forms of metal, punk, and hardcore music.
Overall Score: 8.5
Highlights: Phantomschmerz, I Joined Saturday Night Fever Without Dancing Skills
Posted by maskofgojira at 8:25 AM