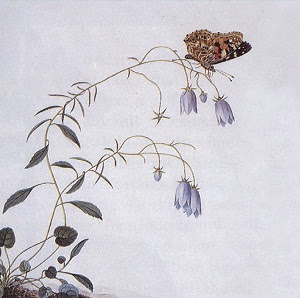 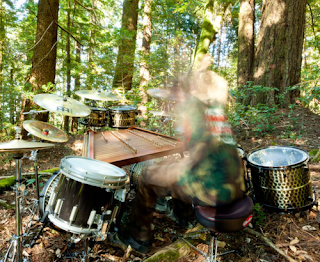 When this project first came onto my radar, in all honesty, I thought it was a hardcore band, which I was then promptly proven wrong. When I actually starting looking into it, not only was I intrigued by the whole idea of "plant metal", but also the whole instrumentation of the album. A double album with a concept unlike that of any other metal group I've ever heard of before.
The Botanist, the name with which the sole member has named himself, certainly has a strange perception of black metal. I don't think anyone would have ever thought to make black metal with a dulcimer as the main melodic instrument. To an extent, one could call this post-black metal, not blackgaze mind you, if only because it is very different and is far removed from the traditional sounds of groups like Darkthrone or Emperor, though the vocals do have a tendency to sound a bit like Abbath from Immortal. The inklings of melodies run the gambit however, from more traditional black metal to more folk and classical inspired ones, Helleborus Niger or Lepidoptera; and even those are still very broad because of the very diverse set of melodies in just those three, you'll hear songs that sound more medieval while others retain a much more 20th century vibe to them. While one could just as easily argue against it, there are hints, notice I'm saying hints, of elements of post-rock in songs like Koeleria and Sanguinaria, which are connected pretty nicely, which just build up with a pretty black metal-ish melody. It's mainly the act of how it builds in intensity that I'm calling the post-rock, but like I said, feel free to disagree.
I won't try and fool you by telling you that this is instantly amazing because it's different or because it's something you've never heard done before, cause by that standard alone, you would get nothing but a lazy opinion. No, this is great because the songwriting is stripped down and efficient, songs rarely reach even three minutes, which leaves you with songs that are very lean and aim straight for the jugular. It's the short but memorable melodies, along with the weird vocals, that make this record so damn good, the fact that the concept is out of the ordinary is just the icing on the cake. It's hard to really say these records are "epic" because that word doesn't really fit with the whole vibe of the record, it's not overly extravagant with it's compositions or with tons of additional instruments, but the whole thing just feels majestic, though I'm not sure that's the right word either. Is it a perfect record, no, there are some tracks on here that do feel a bit like filler. When you have two records that equal up to forty tracks, you're bound to have some be a bit more average than others, even for a project like this.
It's a bit lengthy, but with very little in the way of filler or dull moments, it's hard to even say this record is above average. This will hopefully turn some heads and make even more people want to explore the realms of black metal in abstract ways. I can safely say that if you're trying to maintain a "kvlt" attitude towards you're black metal, this will tarnish that for you; but if you're interested more in hearing interesting takes on the genre, I highly recommend you look into this record.
Overall Score: 9
Highlights: Gorechid, Glycyrrhiza, In The Hall of Chamaerops, Summon Xanthostemon, A Rose From The Dead

The only thing I need to hear now is doom metal done with a hurdy-gurdy and I'll be able to die happily.
Posted by maskofgojira at 7:16 AM