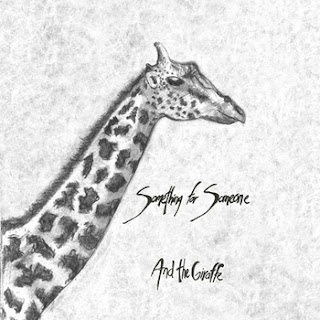 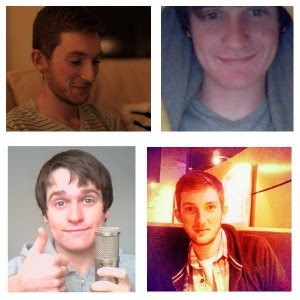 Now, as I've said before, I am not a big fan of indie music, or at least most of it anyway, so I bet some people might be wondering what this is doing on here. Now, I'm not opposed to the whole indie thing, there just happens to be a lack of interesting groups out there, to me anyway, but this one definitely intrigued me. Plus, just to further interest me, I've never heard another band/project make use of a giraffe.
Now, to be perfectly honest, I normally would have turned down reviewing this sort of thing, but as soon as I pressed play to opener Underground Love, I was mesmerized. The guitars were soft and dreamy, creating a very beautiful atmosphere despite sounding very minimal in terms of production. Just to kind of set the record straight, this isn't really an uplifting or poppy record in the sense that you'd be able to dance to it or turn it up really loud in the car and just rock out to it with your friends, this is very downtempo and quiet, almost ballad-like most of the time. Now, the duo who wrote, performed, recorded, ect. this album split the vocal duties on the album, and surprisingly, both actually pull off vocals very well. While the two do sound very similar Nick Roberts has an almost Phil Collins-esque quality to his voice, hear Magic 8, while Josh Morris has a more traditional indie sort of voice but brings it to the more country sounding tracks on the album, which creates a very nice combination, but both manage to pump out some really memorable melodies. Probably my only real complaint is the drum machine, which at times is a bit out of place, but that's pretty much it in terms of gripes.
By the end of this six song EP, I just wanted to play it all over again, it really surpassed any expectations I had had for it. It's not perfect, but the flaws are really pretty minor in comparison to how well I believe these songs are written and recorded. Definitely check this out if you like more downtempo folk and country music, this is quite impressive for a debut.
Overall Score: 7.5
Highlights: Underground Love, Still
Posted by maskofgojira at 6:22 AM