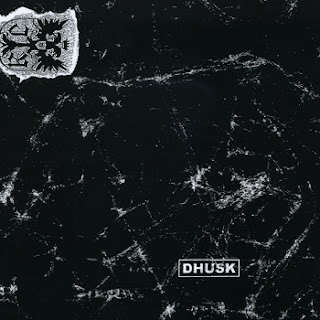 The increasing amount of noise and experimental ambient releases that have been appearing on my desk for the last several months has increased quite considerably from earlier this year. It's a bit odd for myself seeing as I never anticipated even reviewing noise and ambient music when I first started out. This new tape was sent to me and, with my recent interest in blackened noise, I decided to give it a couple listens.
The weirdest thing with noise is how much a lot of it just sounds the same, which is why I like to think I'm a picky listener, but I can't say I'm an expert on the subject. This two song tape was a bit strange. Sonically, there really wasn't a lot on here that I haven't heard from artists that I either already like or I've heard done more extreme or uniquely. The noise on here really isn't all that harsh, it like a blanket covering what's underneath it. The ambient and sampled passages the underscore the noise isn't bad enough that I found it annoying, but it also didn't intrigue me enough to want to actually listen deeper as to what they might have been saying. Even the subtle changes in the noise itself, while they were welcome, ultimately felt rather dull and lifeless. This thing worked best as ambient music for me, keeping it on in the background. I'm sure people have their own method for listening to this stuff, but to me, noise music should be engaging and draw you in as a listener, in one way or another, and this just didn't have a whole lot going for it in my opinion.
By the end of this thing, it didn't really provide me with a whole lot. I'll say it again, this wasn't bad, but I've certainly heard better. Check it out if you like noise music, but if you've already listened to this style for a while, you won't get a lot of original ideas out of this one.
Overall Score: 5
Highlights: II
Posted by maskofgojira at 8:56 AM