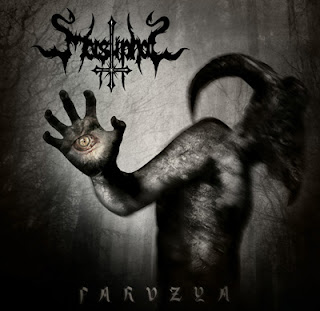 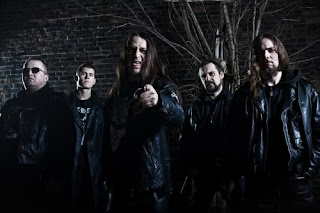 Before seeing this album I had never heard of this band, but it looked intriguing to me. It honestly looked like something from the 90s, which I then found out was actually from the 90s, big surprise. The band's first full-length in about sixteen years why not give it a shot, I like 90s black metal too.
Well, this is from the 90s alright. Even though their debut full-length came out back in 1995, this pretty much sounds like it could have been crafted only years later. I mean, musically, this isn't too far removed from what you'd find in the second wave bands, hints of thrash with a pinch of punk but with a cleaner production. I mean, there is that element of modernity on here, obviously with the cleaner production, but some of the music isn't too far removed from what some modern revival bands are doing with black metal. But the point should be made that the songwriting is superb and above par on here, with plenty of killer riffs and melodies. Don't expect this album to blow you away with a lot of progressive sections, big melodic choruses, or a huge sounding atmosphere, that's not what this album is about, come into this expecting some good songwriting and riffs that will hopefully make you want to headbang.
I don't know how the members of the band set about writing this thing, but these songs, while not overly ambitious, sound fit for being played live. The likes of Under The Sign of The Morning Star or May He Rot In Hell sound perfect for live shows with plenty of mosh opportunities and riffs that'll get all the kids headbanging. Songs like Nihil Esse are just full of moments where I could see kids pumping their fists in the air at the chorus. Like I said, it isn't overly ambitious, but then again, most shows go better when you have simpler and more straightforward songs rather than just showing off how technical you can play. I mean, there are songs where the band slow down, which does the album a world of good since it's not blazing and blasting all the time, Chosen Obituaries for example is a more atmospheric track compared to the rest of the album, but more obviously in its intro, and is pretty mid-tempo for the most part.
It's not a particularly original sounding record, in ideas or performance, but it's damn good black metal. For every original band doing something new, I feel that there's a need for a band to just keep things simple and straightforward with good songwriting, and that's what we have here. Listen to this if you want a band with some good songs that just make, at least me, want to headbang.
Overall Score: 8
Highlights: Under The Sign of The Morning Star, Man Strikes God Falls, Triumph of Destruction
Posted by maskofgojira at 8:31 AM