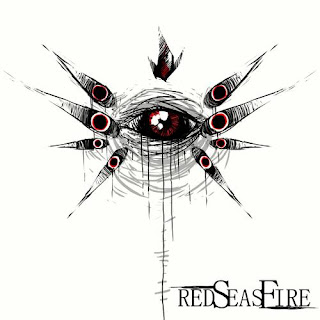 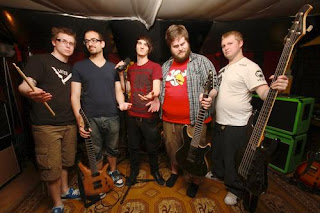 It's been a long time coming with this EP, and I know there have been people waiting a hell of a lot longer than I have for this, but it's finally here. I remember fist hearing about these guys when they only had one track on their myspace page from a friend and really just awaiting new material. After however long it's been we finally have a debut recording, and the first material I've heard them release with a vocalist.
For starters, it's a little weird for me hearing this band with vocals since I've previously known them as an instrumental group. I do have to say that the vocals are actually quite good, both the growling and singing. Fitting to the music, which kind of walks the line between being solely djent and more melodic tech metal, I do feel the vocals are appropriately used, if not a bit raw and detached at times. There are moments on here where the vocals do feel more in place, Turbulence and Skye being the prime examples, but I just wish the mix on them was done a little better. Musically, I feel a lot more at home though, with tracks like The Recovery being just as good as I remember them being the first time listening to them. The musicians really do a good job at doing the whole djent thing a little bit different than anyone else by injecting almost a bit of traditional heavy metal style melodies into it. The little inclinations of electronics that show up in these songs also add a little spice into them as well.
Musically, I'm still a fan of the band, but vocally, I wish they were mixed a little better into the sound, the vocals themselves I actually enjoyed. A small problem that I hope will be rectified on future releases, but still a very enjoyable listen. Definitely check out this band if you like modern progressive metal or djenty stuff.
Overall Score: 7
Highlights: The Recovery, Turbulence
Posted by maskofgojira at 8:07 AM