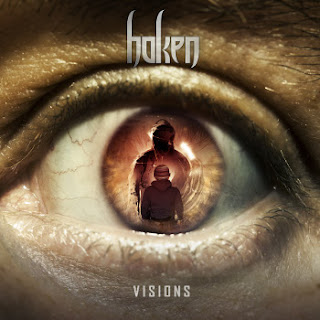 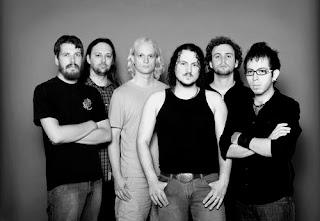 I've been anxiously awaiting this release since I first heard about it several months ago. I was first introduced to Haken last year with their debut, which I really enjoyed, as it later appeared on my top 50 albums of the year list. I was very curious how the band had evolved their sound in just over a year, if that, since their debut.
Going back to their last album for a moment, that album hit all the right notes for me, in terms of being a fan of progressive music, there are things that I've grown accustomed to, and it should be said that anyone who listens to prog-metal for a certain amount of time will get used to the sounds familiar with the genre as well, but there are things that I love that aren't so prevalent in a lot of bands. That one thing happens to be quirkiness. It was present in quite a few groups from the 60s and 70s, and to an extent the 80s as well, but for the most part, the modern prog-metal scene seems to be devoid of music that just goes into weird tangents and more focused on showing off how technical they can play and string together assortments of notes, not to say that that's devoid on here. Haken's first full-length, "Aquarius," had that, even recalling the likes of Mike Patton's work at times, another plus in my opinion, and it just sounded fun and interesting.
I'm not sure what the conversation between the members of the band were like when they started writing this record or how they decided what to change or adjust, but it worked. One of my few problems with the debut was that several of the songs were a bit too long, with about half of the songs being around the ten minute mark, on here, for the most part, tracks are much shorter and feature more song-based constructions, even though they are all clearly part of a greater whole. Whether it's the more melodic Shapeshifter or the proggier Nocturnal Conspiracy, it's easy to see that the band have stepped up their game and tried to write more memorable parts, which I found in everything from vocal lines to guitar/keyboard riffs and even drum and bass patterns. It also appears they wanted to go for a more cinematic approach, since the entire album kind of plays out as a single piece, in addition to more string-based synthes being used quite frequently. Then of course, there's the epic title-track, Visions, which tops twenty minutes, for those who need to know what they're getting themselves into beforehand, which, is actually worthy of, and manages to justify, most of it's length.
I'd call this album a success, as it's a lot more coherent, accessible, and memorable than it's predecessor. It's not as heavy as the last one, but the improvements in pretty much every other area more than make up for it. Definitely check this out if you like progressive metal that is a bit different from your average Dream Theater wannabes.
Overall Score: 9
Highlights: The Mind's Eye, Deathless, Visions
Posted by maskofgojira at 8:29 AM