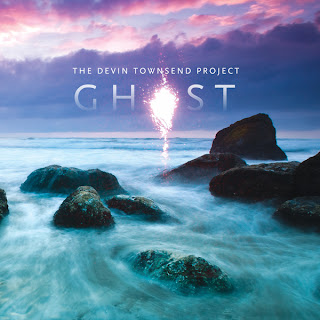 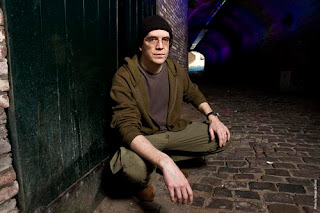 Yes, another record from Devin, but I'm sure you already know about what this one sounds like from the samples already. My dedication to the metal genre has faded over the years and it is no longer exclusive, allowing me to broaden my horizons and listen to other styles. For the most part, metal bands tend to be loud and bombastic, so my appreciation for quieter and softer music has led me to enjoy quite a bit of new age and ambient music.
To some extent, I was probably looking forward to this record more so than "Deconstruction," simply because the samples I had heard both live and from various clips had a sound that took me to the softest moments of "Ki" and into realms of "Terria," my personal favorite Devin album. What this album has is that atmosphere that I am absolutely in love with from Devin. This is big, ambient, and quiet but is also full of life and sound, and this record just comes to life in such a way that it almost makes me want to cry at time for how beautiful it is. I know by this time, most people have at least heard the song Feather, either live or from Youtube, and know that that track is pretty much one of the most beautiful things Devin has ever released.
This is not a record that will make you pay attention to it, it's one you have to give your time and attention to in order to really appreciate. This is also not a record that's dark, it's a very sobering record that's more calming and laid back than almost any other record in Devin's discography. You'll also find lyrics that are a lot more loving and peaceful than hateful and angry, as if you probably didn't already guess that by now. I have to say that the woodwinds that are used on this album just bring a whole new vibe to this record. I know that Devin recorded and used some realer sounding reverbs to record on this record, and it really pays off, hear a track like Heart Baby. Though I'm sure people expected the folk and ambient and new age stuff from Devin, but influences from even country music emerge on tracks like the title-track, Ghost, or Blackberry which, though it might be surprising to some, is actually really really good. There's also elements of electronica on here on a track like Texada where the main melody is played by a keyboard instead of guitar or woodwind, this is also the closest thing you'll get to a rock song on here.
If you're looking for an album that is in direct opposition to "Deconstruction," this is the best you'll get from the man who made that record. The beauty of this record is undeniable, and in my opinion, untouchable, once again, some spots almost made me want to start crying. No doubt, pick this and it's accompanying album up, this is top quality stuff.
Overall Score: 10
Highlights: Every Song Is A Highlight
Posted by maskofgojira at 10:30 AM