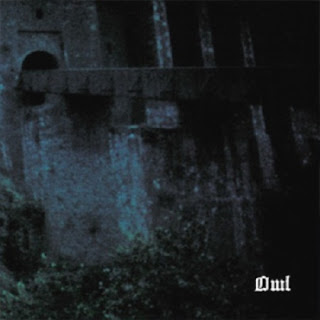 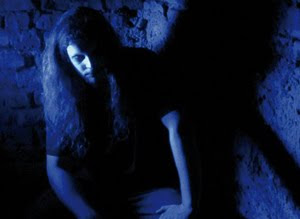 I realize that I haven't really talked about a whole lot of death metal this year, so here's hopefully a chance to make it up. I probably wouldn't have taken the time of day to check this out if it wasn't for the fact that I saw a thirty minute track on here, and for a death metal album, that's long. Only later did I find out that Christian Kolf, of many awesome bands, was the main guy in the band.
Wow, when this album opens up, Conquering The Kingdom of Rain (Enter Her Holy Halls) is the name of this opener, this thing really got me excited. The great mix of My Dying Bridge, Autopsy, and Winter really just got my blood flowing and curdling at the same time, such a great mix of sounds, but also one that's very morbid and twisted sounding. But I have to mention that this album isn't as slow as those bands mentioned, sure the guitars are usually moving at a more sludgy pace, but the drums are all over the place, what with blast-beats, extreme fills, and quick double-bass work, it reminds me a bit more of diSEMBOWLMENT. When thinking about a record that sounded like this recently, it reminded me of the Hooded Menace record that came out last year, "Don't Cross The Dead," which was another awesome slab of death/doom. I'm a fan of how records like these maintain a great atmosphere and playing, but are so crusty and dirty sounding as well.
With all the heaviness and crusty nature to this music, what else does it have to offer, a lot of atmosphere that's what. Each track really has something different, in terms of ambiance, to it that really makes it a much more interesting listening experience than the average death/doom record, Lost In Vaults Underneath The Melting Mountain of The Saints being a good example with it's atmosphere being made up by fog horns and strings. The use of what sounds like an eight-string guitar also adds a great vibe to the album as well, despite what people may say about it's sound and tonal quality, it adds a much deeper tone to the guitars, in my opinion, really adding another layer of depth to the whole disc. To get back to that thirty minute closer I talked about in the beginning, titled Threnodical Ritual At The Spectral Shores of The Eternal Sunset by the way, well, it's not metal, it's a calming ambient piece filled with field recordings and organ sounds. Now, I remember reading a review for this where the critic had mentioned that this track didn't really fit the album, having since listened to the album, I can say that it actually does fit in my opinion, acting like the calm after the storm.
I had high expectations after having learned about who was involved in this project, and they were met and surpassed, in my opinion. Sure, the last track might be a little bit too lengthy, but the other four songs are extremely solid. This comes highly recommended if you like heavy, atmospheric, deep, death/doom metal.
Overall Score: 8.5
Highlights: Conquering The Kingdom of Rain (Enter Her Holy Halls), Spell of The Agnis Fatuus That Leads to The Impalpable Altar of Beasts
Posted by maskofgojira at 7:00 AM