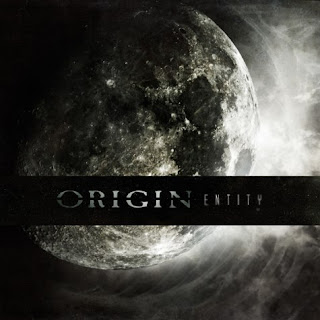 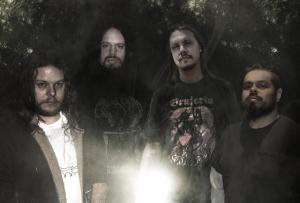 I can't say that I've ever been the biggest fan of Origin, though I certainly respect them. Despite never really listening to an entire album more than once, I always found certain tracks that did stick out to me that I would come back to if I was ever in the mood for the technical sound that they offer. With the band getting both a new vocalist and moving to Nuclear Blast Records, they were on Relapse, I wasn't sure how it was going to affect their sound.
That fear was soon blown away as I pressed play and Expulsion of Fury just blasted its way open with the band's trademark technical riffing. If there's something I always liked, or respected really, Origin for, it was definitely their musicianship, they always managed to craft decent song with at least one killer riff in there. The band have not slowed down on this album at all, with the technical riffing being just as crazy as ever. I have to say that there are quite a few songs on here that are under two minutes long, which, for it's length, the band manage to do a lot within.
Paul Ryan and Jeremy Turner are monsters on the fretboard, constantly shifting tempos, being as technical as possible, and yet still finding a way to make something stick. On this album, they're pulling off stuff that I never would have ever thought possible on a guitar, hear the weird industrial tremolo picking on Committed. Bassist Mike Flores, in my opinion, is lower in the mix on this album than previous albums for some reason, is amazing, but I feel that this new album doesn't showcase his playing as much as I would have liked it to, though some tracks do manage to show it off, Swarm. Then, how can you not mention the amazing blasts that drummer John Longstreth manages to pull off without so much as looking like he's putting in any effort at all, his double-bass work is top-notch, really just showing modern death metal drummers how things are done, listen to tracks like Fornever or Banishing Illusion. Finally, new vocalist Jason Keyser does an excellent job, in my opinion, really keeping the diversity of vocals present in each song, from low gutturals to higher pitched shrieks. Everything on here is fast, technical, at times grinding, but always brutal, whether or not it's the band's most accessible album yet or not, is all depending on the person, but I don't think so.
While I don't know if I enjoy this more than their last album, 2008's "Antithesis," which was probably the album I actually listened to on a more regular basis than any other album from the band, but it's still quite good. While I wouldn't say there is a whole lot of new stuff on here, I do like when they work with longer songs, personally. If you're into technical metal and you don't know Origin by now, you seriously need to listen to them.
Overall Score: 8
Highlights: Conceiving Death, Saliga, Consequence of Solution
Posted by maskofgojira at 11:48 AM