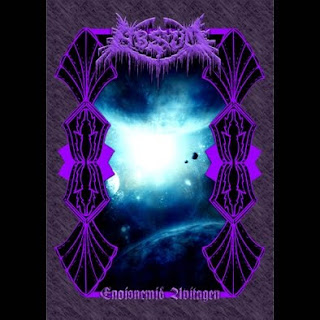 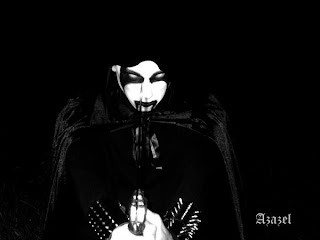 I'll be honest and say that when I first found this EP I did think it was a new release from the Black Twilight Circle. I later found out, or I later actually looked at where this project was from and found out it was from Italy, not California. Nevertheless, I still think I have to give this a shot.
This is an odd record, for sure, I think fans of the Black Twilight Circle Absum might still dig this, but it's certainly not for everyone. The three songs that comprise this EP are long, drawn-out, keyboard heavy, droning pieces with either warped and distorted vocals or loud whispers. If you're looking for loud and grabbing pieces of distortion, you'll probably be disappointed, a lot of this is very meditative, Acitratac for example. The twelve minute closer, Inoizacifitarts Ehcimsoc is the only track on here that really takes the sound of this release into metal territory, not that it's anything special.
It might just be that I'm still disappointed by the fact this isn't the Black Twilight Circle stuff, but I didn't really enjoy this record all that much. Sure, it's atmospheric and pretty brooding stuff, but it didn't really go anywhere special or dark, it was just there. If you're in the mood for droning atmosphere music, feel free to check this out, but otherwise, it's pretty avoidable.
Overall Score: 2
Highlights: Acitratac
Posted by maskofgojira at 7:56 AM