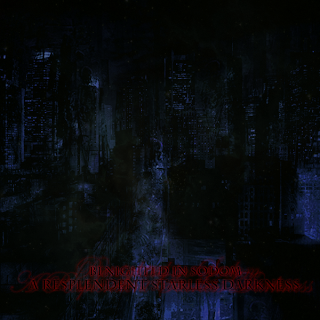 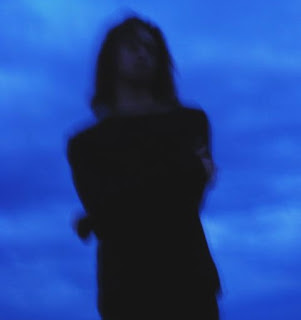 Like I said last month, I was going to review this album. I'll tell you right now that this album is very much the height of Matron Thorn's writing and composition for this project, easily his most developed. This is also his longest album yet as well, topping eighty minutes.
As I'm sure long time listeners will know, Matron Thorn's sound has been moving into a very 80s sounding gothic, almost darkwave at times, sound mixed with his more post-black metal sound. The inclusion of this sort of sound definitely makes his sound stand out, as the keyboard sounds on here are very different from anything else I've heard come out of the black metal scene. The nice and clear bass lines shine through on here, surprisingly, and really do add a sense of that 80s goth vibe to songs like Heroin Is A Reason to Be Happy, which really has a vibe similar to The Cure. It's also a little weird to hear more electronic and dancy beats on here, this is clearly exhibited on Æthertopia, some that are clear dance music influences. I think it's also worth mentioning that most of this album is instrumental, with Matron Thorn abandoning vocals more all but three tracks.
In terms of songwriting, I think this is easily his most developed and original album yet, as I stated above, with a lot more interesting and original soundscapes intermingling with some nice riffs. It's the atmosphere on here that, in my opinion, really makes this record distinct and different from the past releases from this band, with this album atmospheres are similar to that of the recently released "Reverse Baptism" but are even further in that early gothic and darkwave sound. I particularly like the fact that the few songs that make use of vocals on here are more gothic tinged tracks, with the vocals being done very clean and low with plenty of chorus effects used on them to really give it that dark sound, hear Devour The Stars. It's clear that to me, at least, that some of the more gothic influences are overtaking the metal influences in this band's sound, which may turn some fans off, but I think that the progression is actually not only logical, but well done, it's been gradual and on tracks like Cryonic Burial Aesthetic or Præternatural, the sounds of the two really are melded together in a near flawless fashion.
Now, while I personally feel that "Reverse Baptism" is the more accessible and catchy album, I feel that this album is much more developed and well-rounded. I could see some not liking this for the more gothic sound or the lack of vocals, but, once again my own opinion, is that this is a stronger album and shows the most original sound crafted yet. Definitely check this out if you're into gothic or darkwave music, or black metal than leans more towards the post and atmospheric side.
Overall Score: 9
Highlights: Mecha-Elohim, Præternatural, Deus Ex Machina
Posted by maskofgojira at 8:23 AM