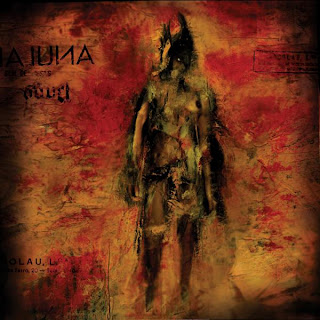 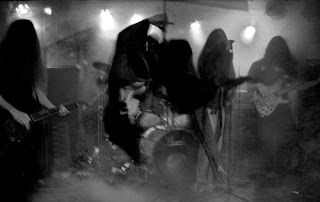 Ever since I found Universe217 about a year ago, I've wanted to check them out, but I never did. I can't say that it was ever something that I remembered or was determined to listen to, until I found this album. Now was the time for me to finally listen to it.
I'll be honest and say that I'm not really all that big on female vocalists, the band's that I've heard with them just don't interest me at all. I also had no idea that this band even had a female vocalist, I know that's pretty sad research on my part, but at best I thought they might have had a male/female thing going on, which didn't turn out to be true. The style that vocalist Tania utilizes on here is something of a mix between more hard rock crooning and a more aggressive shout/shriek which, while I prefer the former style myself, is quite different than other female vocalists. Now, while I do enjoy her voice considerably more so than other females vocalists, I have to say that the effects that are used on her voice do become a bit annoying at times.
Besides that, what you can expect from this record is some classic doom metal, think Candlemass here, with some weirder effects used throughout. Strange electronic atmospheres are utilized on tracks like Insane while Seek makes use of some great percussion and drumming throughout. To some extent, I would say that moments of this disc are quite psychedelic and trippy, with a track like TV Lovers being quite the song, it's really a song you have to hear to really get what I'm talking about. The use of instruments such as trumpets, sitars, and banjos are also present on here along with the typical rock instruments, which add a very cool and different vibe to the entire disc.
This is a very different experience than what I thought I'd get from this record, I never thought it'd be anywhere near as psychedelic as it is. While I think the vocals did detract from the music at times, simply due to the effects used on them, they did not ruin the album. Definitely check this album out if you like psychedelic metal at all.
Overall Score: 7
Highlights: City, Seek, Nothing
Posted by maskofgojira at 11:57 AM