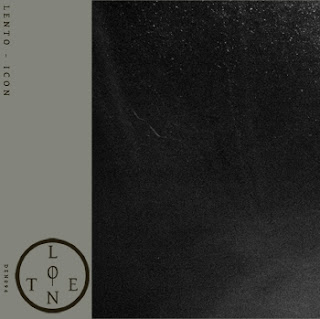 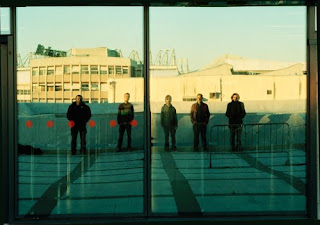 I'm not really all that familiar with Lento, I've heard their name a few times on some blogs but that's about it. When I came across this album, I figured, why not check it out. Upon doing a little bit of research, the band citing Godspeed You! Black Emperor or Neurosis or Earth doesn't really surprise me seeing as what they're labeled.
I'm not sure what I really expected to get from this record, slow and crushing sludge, or more melodic and brooding post-metal, but certainly not what's on here. This album certainly takes elements from both sides, but is far more massive sounding than what I had thought it might have been. It might be the use of three guitar players, but to me, this was very bass heavy, with those metal parts just sounding huge and enormous compared to other bands, hear a track like Limb. The band have some talent in creating more atmospheric sounds, Throne, but I wouldn't say that this is their area of expertise.
The instrumental nature of this band really stops any sort of bias on people hating on the sound of a vocalist's vocals, but really doesn't lend much in the way of providing as much of a melodic hook. This is much more groove based, which is fine, but I felt like some of these parts just didn't go anywhere, you had switching dynamics between heavy and mellow parts, but it didn't bring anything interesting to the table cause it's all been done before. Now, I'm not going to deny that what's played on here is done well, tracks like Hymen and Dyad are just great, though they're more in line with sludge than post, but I feel like the band could have done a little bit better of a job constructing songs. A lot of these tracks a short, and really when an interesting bit comes in, you realize the song is almost over and it won't happen again, I'm sure some people like that idea, but I'd love to hear some of these riff played over.
This release is decent, I figure a lot of people are going to be way more into this than I'll ever be, but I'm just not digging on it all that much. More power to the band, they're trying to be unique, but I would have preferred them having some better songs as oppose to writing all these concise ideas. If you're into sludge and doom I still recommend you give this a listen to make up your own mind about this band.
Overall Score: 6
Highlights: Hymn, Hymen, Icon
Posted by maskofgojira at 8:40 AM