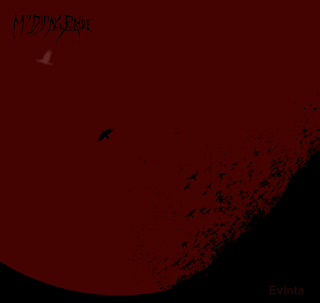 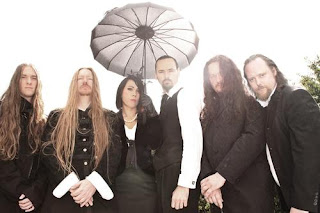 In celebration of their second decade of existence My Dying Bride released a three-disc, two-disc is the standard edition, of reinterpreted material from their back catalog. Now, the idea itself, of redoing old songs, is one that usually doesn't get me excited and is usually something I turn a blind eye to, but seeing as this was not only being done by one of my favorite doom metal bands, but also done in a more orchestral way, I was actually looking forward to this. From the EP released before this, of material that would appear on here, what I was expecting this to be, and what it actually sounds like, are two different things.
First off, and although I think it's implied by the opening statement above, I think I have to say that this is not a metal album. I only mention this because I've read comments where people are complaining that they assumed this would be another doom metal record, even though the band had announced a few months prior, at least, that this would not be like their previous work. No, no metal is found on here, instead you have the use of instruments like piano, organ, synthe, violins, cellos, flutes, horns, and an opera vocalist named Lucie Roche instead of pounding drums, guitars and bass. Sure, Aaron Stainthorpe still appears on here, providing some cool spoken word passages here and there, but the majority of this release is instrumental. I'm sure I'm not the only one who thinks this, but I've always seen Stainthorpe as one of today's modern poets, being extremely beautiful and cold with his lyrics, which is honestly one of my favorite things about My Dying Bride, the lyrics.
As a fan of film scores as well as classical music, I enjoy the route the band has taken on here. Sure, it's a little over the top at times, as classical music can often get, the the operatic singing only enhances that quality, but it's very well orchestrated and recorded. There is, on more than a few occasions, a very darkwave-esque sound on a lot of these tracks, which appealed to me, being another style that I enjoy listening to from time to time, hear tracks like The Distance, Busy With Shadows or A Hand of Awful Rewards. The melancholy that the band are so well known for can definitely be found on here, though some tracks are a bit more "hopeful" sounding than others, I find that if you listen to all these albums, all three discs, together, it can run together into almost a single orchestrated piece with different climaxes and falls, brighter moments of hope and calm as well as the darker, more sad and morose moments as well. Personally, I enjoyed the pieces that made a more prominent use of piano over tracks that didn't, but that's just because of my personal biased, a track like The Burning Coast of Regnum Italicum grabbed me in ways that a track like And Then You Go couldn't. Now, I'll admit that not everything on here really grabbed me, I found some pieces to just sort of go through one ear and out the other without leaving much of an impression, despite the elegant instrumentation, hear the more ambient piece Of Sorry Eyes In March. This leads me to point out this release's biggest flaw, I feel like with three-discs, normally two, the length is overwhelming and can cause some of these tracks to drag on for a while.
I have to say that I enjoyed these albums, despite it's length, it there were definitely quite a few gems in here. I'm sure a lot of people still won't like this simply due to the fact that it isn't metal, but if you're an open minded person, I think you could find some really great material on here. Definitely check this out if you're a fan of darkwave, gothic, classical and orchestral music, or even more ambient forms of music.
Overall Score: 8.5
Highlights: Of Lilies Bent With Tears, Vanité Triomphante, The Music of Flesh, And All Their Joy Was Drowned
Posted by maskofgojira at 8:04 AM