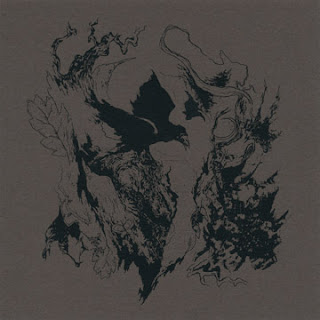 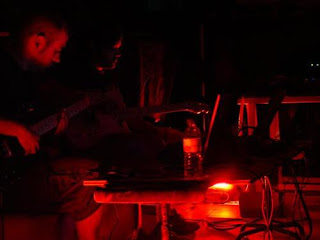 The whole drone thing isn't something I usually find all that interesting, as I'm sure a lot of people will agree, but there's something to be said for the ones that make something different. Utech, one of the labels I've only recently stumbled across, is releasing some high quality music. They are one of the few labels that actually manage to release some great drone and ambient music, I'm hoping this is up to the other releases I've heard from them.
From the other drone records I've listened to, songs tend to be on the longer side, which work for and against a project. This album isn't like that, these are shorter tracks that actually move, probably the post-rock element, much to this project's favor. With the occasional drone album I can say that I've actually enjoyed, that has been a major factor, movement, I've heard albums that are basically one-note played out for an hour (look though some of the early albums I reviewed on here) that just did absolutely nothing, but this has plenty of life to it. There's a lot of different textures on here, which provides that sense of life and vibrancy to the recording, which is also very warm sounding by the way.
The elements of post-rock on here, as I just mentioned did effect how much I enjoyed this release. A track like Boreas would definitely appeal to a post-rock fan, as there's very little to really pull it into the drone genre at all. This album is actually quite diverse, it has the elements of post-rock that I enjoy, but the drones, the noise, and the ambient elements, they shape it into so much more. I'm surprised at how multifaceted this album is, you have post-rock songs, more ambient based moments, but then you also have more noisy drone-y stuff that is what I commonly associate with the genre. There are moments of more acoustic based drones, stuff you could imagine being done with plenty of reverb, delay, and looper pedals, while other drones are much more electronic, hear Threshold for a great example of such.
This is a cool record, while not every piece struck me as great, there were more than a few that I felt a good connection to. I'm sure a lot of people won't check this out just cause "it's drone music," but if you can get past that tag, you'll actually find some really good stuff here. Definitely look for this if you enjoy post-rock, drone, electronic, or ambient music.
Overall Score: 7.5
Highlights: Pulsar, Ecotono, Deriva
Posted by maskofgojira at 11:08 AM