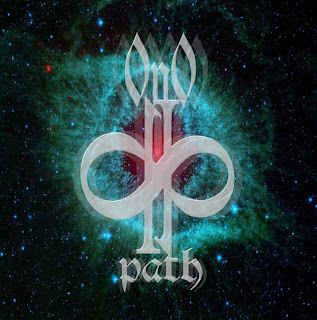 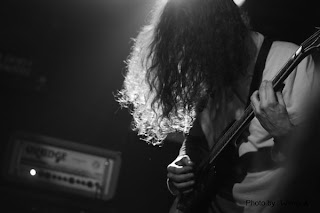 I don't think I know any bands from Slovakia, surprisingly, so this is a first for me. This one-man band has gotten a bit of a reputation around the internet for the style utilized on this album, so I naturally became interested. I've seen tags for industrial, doom metal, black metal, so I'm curious as to what this actually sounded like.
I have to give it to this guy, who's name is Twisted, because what's on here certainly sounds very different to other bands. This is very much an amalgamation of the styles I heard it would be, elements of doom, death, black, and industrial metal all thrown into a melting pot and left out to dry in the hot sun of a nuclear power plant. Really the only thing I could compare this to would be "Soul of A New Machine"-era Fear Factory mixed with little bit of "Through Silver and Blood"-era Neurosis, hopefully that gives you a bit of an idea. Most of this isn't too fast, but has a lot of atmosphere, but is very based in electronics and industrial sounds, which is where I get those two bands, hear a track like Sleepless Slumber. I don't know if people ever thought of something that would give the impression of those two albums together but that's honestly the only sort of idea I could give as to what I've heard listening to this thing.
I think it's very obvious that Twisted had some lofty ambitions for this release, as there's a lot of sound and quite a bit of variety in terms of ideas, to me anyway. There seems to be an almost lack of focus because there's a lot of different ideas that don't seem to work individually, like the more post-rock and tribal aesthetic used on Trance-formation does seem to fit well with the track that preceded it, the industrial They or the death metal fit on Feed The Flame that follows it. I feel that the lack of cohesion does hurt this record, in that the only thing that really holds these songs together is the use of electronics, which aren't even unique enough to say their of a signature sound.
I'd still say this is a decent album, there really wasn't anything bad on it, and the ideas in and of themselves aren't bad either, it's just a little unfocused. I feel that if the album had a bit more of a link between each song, like a keyboard tone or vocal style, or whatever, than this could be a project to watch out for in the future. Check this out if you ever wanted to hear something like Fear Factory gone post-rock.
Overall Score: 7
Highlights: S.I.L.K., Path
Posted by maskofgojira at 9:16 AM