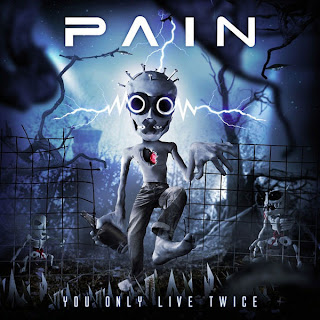 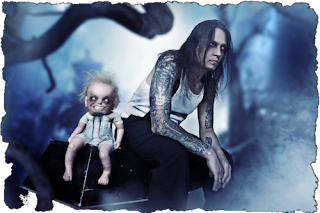 In my opinion, Peter Tägtgren is really an unsung hero in the underground not only for his contribution to the Swedish death metal scene through his band Hypocrisy, but also through his production. Pain is his long running industrial metal project that in recent years has really taken off, becoming even more popular than Hypocrisy in some areas of the world. Since his last album, 2008's "Cynic Paradise" did so well for him, this follow-up is apparently his heaviest release in the project's discography yet.
Whether or not you're a fan of the more pop format in which Pain songs are written and performed in, but songs from previous albums have been undeniably catchy. Some of the best songs being extremely simplistic but ultimately extremely memorable, the likes of Follow Me and Same Old Song are easily some of the catchiest "pop" songs I've heard come from the last decade. If you're expecting that same sound on here, you might be disappointed, cause this is definitely the heaviest record Tägtgren has crafted under the Pain name. While they're by no means death metal songs, tracks like Feed The Demons and Monster are certainly closer to anything Hypocrisy than anything else the project has released up to this point, which might be a selling point for some and an instant rejection for others.
With the increased "metal" aspect of the project's sound on this album, I find that the songwriting is a bit lacking, unfortunately. The more aggressive sound might be more enjoyable, to those of us who like a more intense guitar tone and screaming vocals, but a lot of these songs are just nowhere near as catchy as they probably should be. Sure, the likes of the bluesy Dirty Woman and doomy Season of The Reaper are definitely some of the best tracks on here, but compared to the tracks from earlier album, they're not even in the same league. I actually find the bonus track, Crawling Thru Bitterness to be the catchiest and most memorable track from the album.
I'm a little disappointed by this to be honest, just because I expect high quality songwriting from this band and this album's pretty lackluster for me. I'm sure a lot of people will still get this and find this much more attractive than I do, but I just can't get into more than a few songs. If you're into the whole industrial rock and metal scene, definitely check this band out though.
Overall Score: 7
Highlights: You Only Live Twice, Leave Me Alone, Season of The Reaper
Posted by maskofgojira at 12:22 PM