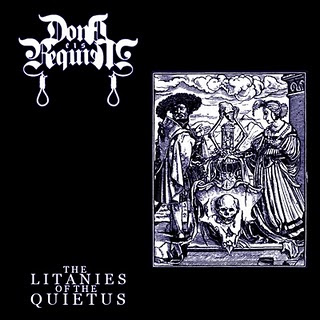 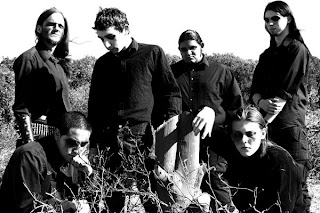 I think it's always a shame when a new band calls it quits so early in their career, so I was shocked that this band actually broke up right when this debut was just coming out. While I had no real prior expectations for this record, I guess I've sort of learned from past experiences to just expect the unexpected. Being a debut full-length, I'm expecting at least some good ideas.
This album's sound is actually a lot more developed than I would have anticipated from a debut full-length, considering the band formed in 2006. Sure, there are still pretty obvious indications of where their influences come from, early My Dying Bride, Opeth, and Katatonia. The use acoustic guitars, somber melodies, a variety of vocal styles, these are all things that usually don't make it onto a newer bands first full-length, usually. I find my personal taste towards death/doom is one where I like to see a band experiment, so it's always a plus if a band can do that, so debut with a sound I like that is willing to experiment, must be a win right?
Honestly, and this is just a personal preference that I find on a lot of debut records, is that the production can be a bit shabby. I feel like some, mind you not all, of the tracks on here have a sound that features a bit too much treble, Flagellum Remedium. The aforementioned track also demonstrates some of the lackluster performances on this album as well, the acoustic sections sound really messy while the flow from one section to another is just bad. Personally, I also found a lot of the tracks on here to also be, at best, average, with some of the longer songs, Children of The Poisoned Womb, progressing into different areas, but nowhere different or interesting, it sounded very bland, blame it on me being brought up on progressive metal that I find this to be standard. While very few songs actually impressed me, or even intrigued me, I did find that the closing title-track, The Litanies of The Quietus, was probably the best way to end the album, with it's very progressive stance and experimentation being fully utilized.
Honestly, I wish I could have gotten into this album more, but with just how badly some of the parts are performed and arranged, I can't say this does anything for me. I still wish this band could have stayed around for a few more years though, maybe released another record or two, to see where they could have taken this sound. If you're into doomy death metal, check this out, but it's not one of the best albums the scene has produced this year, so it's not really essential.
Overall Score: 4.5
Highlights: Lamentations of A Fallen Angel, The Litany of The Quietus
Posted by maskofgojira at 9:57 AM