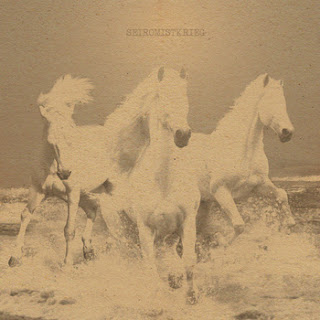 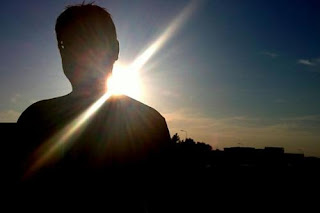 Here we have another project from the ever prolific Mories. This is the debut for this project, making use of a much more black metal format, while still maintaining his trademark atmospheres. I'm hopeful that this is up to the standards he has set a project like De Magia Veterum up to be.
Coming into this album, I'm not really sure what I wanted to hear, I certainly expected it to be black metal, but that's not even being all that specific on my part. So this three song album really does something I've never heard in a project from Mories yet, it makes use of calming atmospheres, hear opener Istkrieg. In an almost atmospheric black metal fashion, combining almost uplifting post-rock-esque atmospheres with blasting drums just floored me. In some ways, this is probably the most melodic stuff I've ever heard from Mories as well, with, like I said, post-rock sort of guitar sounds and melodies just running through here Istnichtkrieg II. It should also be said that the noise and the more harsh productions of Mories' other work is still present on here, so it's not like you're getting something that's ultra clean and slick sounding.
I really enjoyed this little release and it brings something different to the table that I wasn't expecting. In terms of post-black metal, it's not all that original, but it's performed and recorded in a way that is much different than most, if not all, band doing it today. Definitely check this release out, as far as I know, it's still up for free.
Overall Score: 8
Highlights: Istnichtkrieg II
Posted by maskofgojira at 8:37 AM