Unexpect - Fables of The Sleepless Empire (2011) 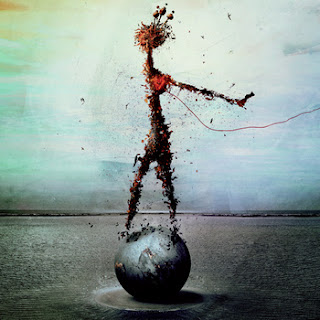 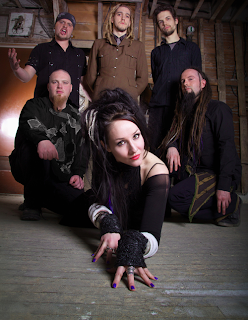 I would love to say here that I am a huge Unexpect fan and that I love everything I've heard from them, but sadly that isn't true. Their EP, 2003's "_wE, Invaders," was decent for what it was and 2006's "In A Flesh Aquarium" was even better, but some spots were just too self-indulgent for me. Since my first encounter with the band, probably a good three or four years ago, I've become a lot more interested in the whole "avant-garde metal" thing, and so I'm hoping that this might impact my liking of this new album.
While this album is still plenty weird and out-there, the biggest shift from their past work to this one is definitely in the songwriting. No longer are songs seemingly just flying off the handle into different realms of styles but more focused and melodic. Like I said though, I feel the need to reiterate here so deal with it, this is certainly far from a normal album, the band still make use of all sorts of genres from electronic to tech-death to classical on here, exhibited on opener Unsolved Ideas of A Distorted Guest with applause. The band also manage to, despite all their diversity within a single track, make each track on here extremely unique and different from each other.
Now, the biggest step up on here, and this really goes in with the better songwriting, is the use of huge sound choruses and vocal melodies. Unlike a lot of female vocalists, I actually find Leïlindel to not only sound original, but have a great talent for making a lot of these melodies come alive, just listen to tracks like Orange Vigilantes or The Quantum Symphony. The vocal in general seem to have really improved, really as much as the music, as well, bring just as much diversity as their last album, but being a lot less messy sounding. I also found that the band have matured their sound, removing a lot of those carnival-esque sounds that I always found bands of the avant-garde genre to just kind of rip from bands like IdiotFlesh and Mr. Bungle, you can see their evolution and progression into a more mature sound on Unfed Pendulum. The shorter tracks on here, the likes of In The Mind of The Last Whale or A Fading Stance, really bring a lot more flow and dynamic to the album, allowing the listener to catch their breath before you get hit in the face with another onslaught of progressive songs. On a side note, the nine-string bass work on here is just jaw-dropping good, so major props to the band there.
I really enjoyed this album, really a lot more than I even thought I would. There's a lot of really good songs on here and it's clear that the band have definitely stepped up their game and it'll be interesting to see how they top this one. Definitely check this out, a lot to like about this group, if you're into avant-garde or progressive sounding music, this is a must.
Overall Score: 9
Highlights: Words, Unfed Pendulum, Silence This Parasite
Posted by maskofgojira at 10:07 AM