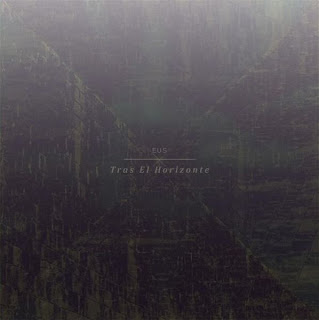 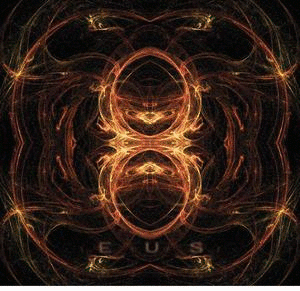 The project of EUS was started by a man named Jose Acuña in 2008 as an exploration of ambient music. While ambient music is a style that I have enjoyed, it's not really something I ever planned on reviewing here. Since the creation of this project, the ambient style Acuña has made has been combined with other styles in each album so as to not repeat himself.
If you're expecting this to sound like the two dark ambient records that were reviewed last month, you might be taken aback by this, cause this is by no means as dark or as cold sounding as those records were. This album starts off with what sounds like an acoustic guitar that just starts looping itself into an ambient piece where more and more layers are introduced, this is Albora. This is a very relaxing album, you won't get any industrial or other mechanical noises, or even any rumbles of darkness, if that makes any sense, it's a very calm and stable album. This is an album that, for how quiet and non-threatening it makes itself out to be, is quite engaging and interesting.
Probably the biggest flaw with this record, and I think this really applies to a lot of ambient music, is that it's pretty faceless, it doesn't really distinguish itself from a lot of other ambient artists. While the likes of tracks like Erosión are certainly ones that stick out to me as being not only unique and captivating, most of the album does not reach the sheer emotional depth that that track captures, in my opinion anyway. I feel that some of the synthe tones on here do a little more harm than helping the sound, some of the sounds on Manos Frías are a bit too high and can really just sort of create a ringing feedback in your ear, which wasn't the most enjoyable experience. I also thought that the more noisy approach taken on closer Disolvernos En El Espacio might not have been the best choice, but one that certainly did add variety to the disc, I did enjoy how it mellowed out in it's second half though, kind of moving into a more post-rock sounding track.
Overall, this was a decent, and to reiterate, relaxing listen. It has it's flaws, but I see more positives than negatives on this disc. I definitely think fans of both post-rock and ambient music could get into this, it's definitely a very cool record.
Overall Score: 7
Highlights: Transparencia, Erosión, Disolvernos En El Espacio
Posted by maskofgojira at 7:58 AM