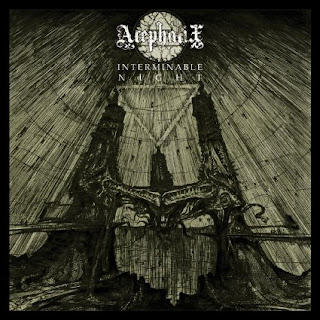 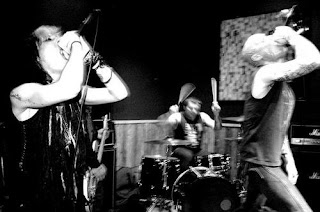 Crust punk made death metal, that's something I had to hear when I saw the description for this album. Personally, I love when death metal is raw and very dirty, which is probably why I like 90's death metal more so than newer bands, and the idea of crust totally got me excited this album. This is a new band for me, but I do have some expectations for what it'll sound like, hopefully they're met.
That raw, gritty, and crusty guitar tone that I associate with genres like sludge and death metal, as well as the obvious crust punk, is what I love to hear in those genres, and it really is what I love about the bands that come from that genre. Right from the get-go, this album starts off with a great crusty riff that just got my blood pumping, nice and thrashy but also groovy. There's actually a lot more variety on here than what I had expected, sure the crusty death metal is definitely the core sound, but there flirtations with black metal on Immemorial Past, a bit of sludge on Warm Flesh, which really did make this album more enjoyable for myself.
Now, I really have to raise a complaint with this album, in my personal opinion, I feel that the vocals are too high in the mix, they really should have been mixed down a little bit. When vocals come into a track, especially when they're going for a lower and more guttural style, it just sounds way too loud, hear opener Christhole. The vocals themselves aren't even that bad, the gutturals aren't really my thing, but they're not bad, I think the highs are actually really well done in fact but a little underused.
Overall, this was a pretty solid album, some good riffs and nice solos, but the vocals weren't really my cup of tea. Maybe a bit better of a production could have helped make this a better record, but I'm sure other people won't have the same complaint I did, so this is all subjective. Definitely some great stuff going on in here though and I'm sure fans of both crust punk and death metal could get into this.
Overall Score: 6.5
Highlights: Immemorial Past, Rebirth Into Perversion, Interminable Night
Posted by maskofgojira at 9:17 AM