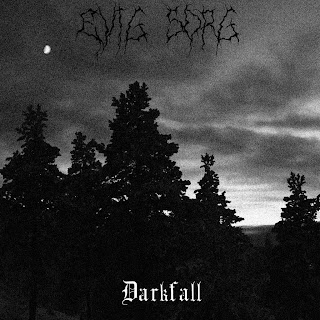 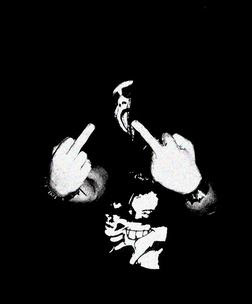 I think it's interesting when I get asked to review something, some of which I've planned on doing and others not so much. When the mainbrain of this Greek black metal project sent me this demo, I didn't really know what to do with it. Having listened to it a few times since receiving it, I finally decided to put down my thoughts.
Now, I've seen and looked at some demos recently, and most of them have usually wound up sounding like the depressive side of black metal, which is what I first thought this would be, you know, before I actually listened to it. What you get on here is not depressive, not really even atmospheric, but instead a more 90's vibe of blackened thrash. It's straightforward, pretty mid-paced for a good portion of it, and it's aggressive, and you can tell that they really are going for that old-school sound. Surprisingly, I found that the cleaner production on here was actually a hindrance for the sound that I think the band is going for, as it makes it sound too modern and sterile, with songs like the title-track, Darkfall, or Northern Landscapes sounding little less than average 2011 black metal.
It's a decent debut, but a little too average for my personal tastes. There's definitely potential to do a lot of things with this project, depending on where it goes next, it could be amazing or just another average album. Decent, not bad, not good, if you're into upcoming, underground black metal, check this out.
Overall Score: 4
Highlights: Unholy Attack, Skrik