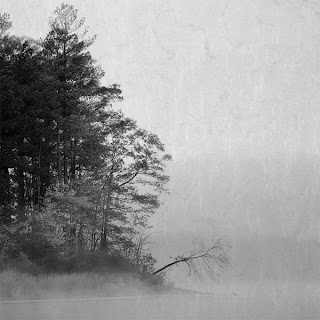 When I found this album, I had no idea what I had stumbled upon, honestly. I remember reading a review that an acquaintance of mine had written for this project's last full-length, "The Haunted House," and it was a little scathing to put it lightly, so I kind of just brushed it aside and forgot about this project. There's more than just a little controversy surrounding the project, the biggest being the rumor that it's a teenager writing and recording this stuff in his bedroom.
Now, upon finding out what this actually was, I still intended to approach this open minded, expecting the unexpected. Now, what I found on here is both better than what I thought I'd find in some ways, but is also exactly what I had heard it was in others. Musically, it's pretty much what I had expect to find on here, it's very raw and lo-fi, with extremely fuzzy guitars, harsh vocals that come in and out of nowhere, very mechanical drums, and a bass that sometimes sticks out like a sore thumb. I have to mention the terrible racket that is persistent from start to finish on here, I'm not sure if it's just noise or a terrible guitar being played with as much distortion as possible, but that sound is just awful and really makes this a difficult album to stand, hear a track like 칼바람.
So, now for what I found to actually be decent on here since I've pretty much said that the metal aspects of this record are average at best. All the sounds that are used in the background on here, I'm not actually sure what the specific instruments are, I won't assume because this guy might be using instruments from Korea, but whats sounds like a violin on Burn The Naked Grapevine or what sounds like an acoustic guitar on 횃불소리 are what I find to be the best parts of this record. As the record progresses, a cleaner, more melodic I have to add, is brought in to great effect, really giving this record a much clearer sense of direction and flow, even if it is still in the background.
Overall, this turned out to be better than I had originally thought it would be. Though I did enjoy some tracks on here, I still found some of the programmed drumming to be quite annoying and the noisy opening tracks were at times completely unlistenable. If you're in the mood to check out some underground, atmospheric, or noisy, black metal, this is a good place to look.
Overall Score: 6
Highlights: 횃불소리, 맞불놀이
Posted by maskofgojira at 8:03 AM