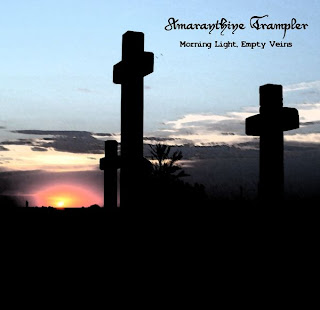 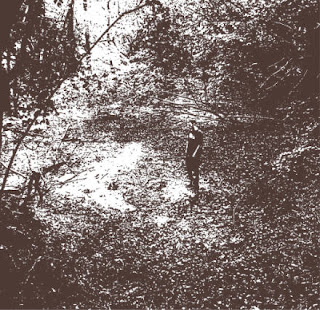 Ah, my days of longing to find the next funeral doom band have long since passed. We all go through phases in our musical exploration, or evolution if you prefer, but funeral doom has been one that I can only take in small doses. I've debated for a little while as to whether I should review this or not, but in the end I gave in and decided to finally give it a shot.
I think it can be pretty much be acknowledged by those who listen to the genre, but funeral doom is not the hardest style to make. Sure, I won't deny that bands like Esoteric, Evoken, or even Mournful Congregation, among others, are actually doing something unique with the genre, but a lot of one-man bands seem to just play anything as long as it's heavily distorted and drones on for longer than a few seconds. The wall of sound factor that is utilized in exchange for the technicality is lost in a lot of these projects, who seem to just play simplistically for the sake of droning notes. With all that being said, Amaranthine Trampler is a bit more unique than a lot of other one-man bands out there in that there's more of a melodic side to him, hear Shores of Hopeless Abandon, that does make this a bit more graspable to the average listener.
I have to say, unlike a lot of depressive/suicidal black metal albums, this album really opens up on a depressing note. The main sample used in opener Life of Tragedy is possibly one of the most hardest samples to actually sit through calmly, it's a little shocking to say the least. Unfortunately, this level of sheer emotional darkness, if you get what I'm talking about, is not reached by any of the songs themselves. While the four other tracks on here are definitely more in the realm of metal than the opener, which was more ambient, the level of emotion just feels normal for the genre. The likes of the more post-rock meets dark ambient on Roots Run Deep is decent, but nothing spectacular, while the other two doom songs, Venturing Forth Into Struggle and Woe and In Astralic Harmony, are just painfully average with not much standing out, besides the growling vocals, which are at times the best thing about one of these songs.
For a funeral doom album, this isn't bad, especially coming from a one-man project, which to me have usually led to more disappointment than excitement, but I feel that this is still just painfully average. I feel like there's a lack of creativity on here, but one could really attribute that to most of the scene anyway, and it just bores me at times. More interesting background music, maybe, but certainly not an album that I see myself returning to any time soon.
Overall Score: 5
Highlights: Life of Tragedy, Shores of Hopeless Abandon
Posted by maskofgojira at 7:28 AM