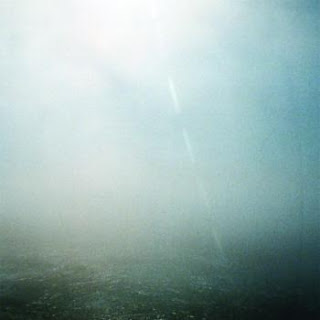 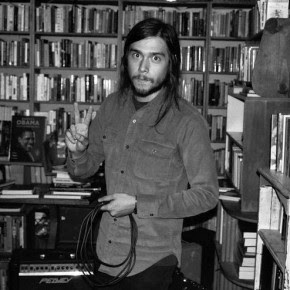 You know, I've been aware of Barn Owl for a little while and I've heard good things but never bothered to check them out. When I first found this album, I had not idea Jon was half of that duo, looking back, I can now see the connection between the two. What drew me to this was the obviously fantastic cover art.
Personally, I love pictures of the ocean, pictures of nature really, almost as much as I love the real thing, so the album cover really just drew me in, as I hoped the music inside would. If you're searching for an album that really demonstrates the sea, I think this one does a great job of it. The different sounds used on here really showcase different elements to the ocean, whether it's the calmest and most tranquil moments, Peering, or the most aggressive and powerful force that it can be, Shore. This has the elements of both ambient and more drone oriented noise, which may throw some off the wagon already for favor of one over the other, but I can assure you, they mix well on here. There's also a decent amount of post-rock injected into the, now tried and true ambient/drone combination, which really just brings a breath of fresh air to some of these tracks.
When listening to this album, I can't help but see pictures in my head of the sea, fitting. A track like Seascape just paint a portrait of the ocean at night, for me, and each track, a different painting is created, to put it dramatically, but I'm sure each person would probably have their own interpretation for this album. The distorted guitar on For ARH really brought a, surprisingly, beautiful image to my mind, which I didn't expect to come from hearing something like that on an ambient record. The album closer, Gaze, especially brought waves of calm over me as I listened to it's more post-rock, guitar oriented sound slowly ringing out.
I really enjoyed this album, and personally, I always liked when ambient music was able to paint pictures in my head, rather than just sort of drift aimlessly. This is a record that really goes into a lot of realms that I don't often hear ambient artists go into, or heavily indulge in. If you like experimental music, I highly recommend you check this out.
Overall Score: 8
Highlights: Grey Dunes, Peering, Gaze
Posted by maskofgojira at 12:13 PM