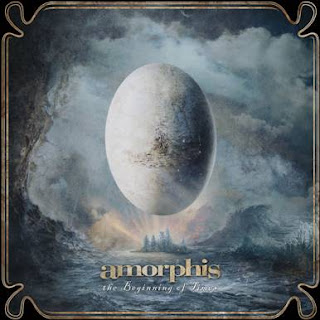 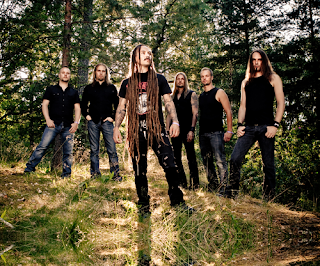 At one time, probably three or so years ago, if you had asked me what I thought of Amorphis, I probably would have told you they were one of my favorite bands. As of today, I can safely tell you that I don't revere them as I once did, but do feel that they have put out some of the most original melodic metal in the last decade. While I do feel like their stuff with former vocalist Pasi Koskinen was more on the experimental side, the last three albums, prior to this one, with Tomi Joutsen are certainly some of the band's most consistent work yet.
I think it has to be said first and foremost that if you weren't a fan of the last three records Amorphis released, you probably won't like this one much either, as their style hasn't changed all that much; having said that, there's something to be said for consistency. Unlike their period of experimental records with Pasi, the band's work with Tomi has narrowed their focus from experimenting with prog-rock, stoner rock, and jazz, to writing catchy, melodic songs. You won't find a lot of deviation from track to track on here, the band's own brand of melodic death metal with elements of folk music and hints of their former prog leanings are on nearly every track on here. I have to say, in all honesty, this album does not open nearly as strong as it ends as well as when you compare it to it's three predecessors, tracks like Battle For Light and My Enemy just don't do much for me, though I felt Mermaid was decent.
While I can honestly say that songwriting has taken more precedence over experimentation in recent albums, this album does lean a bit more to the experimental side than it's predecessors. The neo-prog section in Song of The Sage or the different vocals in Soothsayer certainly demonstrate a willingness to do something a little different. While this is by no means the band at their most experimental, it is certainly a welcome change to their sound. For me, I found the second half of this record to be a lot better than the first half, songs had better choruses as well as more memorable hooks, On A Stranded Shore for example.
I have to be completely honest and say that I was disappointed by this album. While I found the experimentation on here refreshing, I felt that the songwriting was pretty lackluster and actually only average at best on some tracks. I could imagine that if you're a fan of the band you'll check this out regardless of what I have to say about it, which is fine, but if you're new to them, you'd do better to check out the three albums prior to this one for a better take on their sound now.
Overall Score: 6.5
Highlights: Soothsayer, On A Stranded Shore, Beginning of Time
Posted by maskofgojira at 9:35 AM