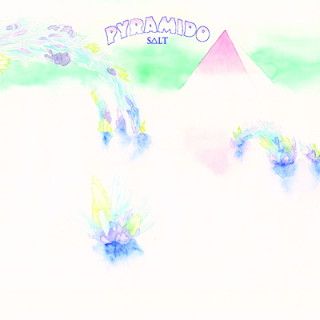 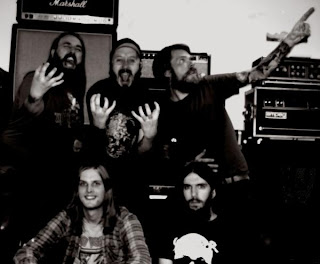 When progressive/post-metal group Burst broke up in 2009, I had no idea that any of the members had other projects, or any worthwhile ones anyway. When I first found this album, not only did it stand out with its pretty bright cover, but the music also had much more of traditional doom sound than Burst ever had. It was only later that I found out that the band's connection to Burst lies with vocalist Ronnie Källbäck, who sang in the early days of that band.
But onto Pyramido, a band that is of a very different breed than Burst. The softer and more progressive moments that were found on Burst's albums are not going to be found on here, what you have instead is an all out assault of mid-to-slow tempo numbers that just grind your face off. Despite being played at slower tempos, I can easily say that this one of the most enthralling and energetic records I've heard all year, you can just feel that these guys love what they're playing. It's a rare thing for me to just feel so much passion emanating from more mid-tempo grooves like I do from this record, hear Left to Rot. In my opinion, this is one of the most lively records to come out this year, with all the energy on here, it honestly feels like a grindcore records at times, hear Dr. Milton (Destroyer of Worlds), I just can't help but want to mosh to this.
The songs on here definitely feel like they all are going somewhere, there isn't a weak track on here or a track that feels incomplete. While I wouldn't go so far to say this is by any means a "jammy" record, a lot of these songs really feel in the moment, Onwards being a prime example, to me and just really feel alive and like they could just change at any moment. Each player is definitely in top form, as I could imagine, these songs just ooze energy and just make you want to get up an mosh, which is something I don't get from a lot of records, let alone bands, and doom bands for that matter. Even at its worst, this record is still manages to top other bands highest moment from this year, no easy feat, but I feel so much passion from this it's impossible for me to not make a statement like this.
Great record, yes, this is honestly a record I can't see myself listening to a lot simply out of fear of one day getting up and just breaking everything. Just so much life and passion on here and it's something I wish more bands had. Definitely check this out if you're into doom, sludge, stoner metal, or I'd even say punk and grindcore if you're not usually a listener to this style.
Overall Score: 8.5
Highlights: Walking Blind, Onward
Posted by maskofgojira at 8:40 AM