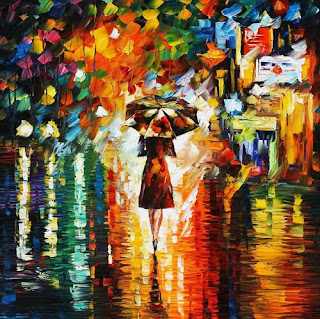 As soon as I saw this cover, I knew I had to listen to whatever this was, luckily it was a style that I actually liked. The post-rock sound, while very defined, is one that I enjoy due to how different bands make it their own. I also find that if a band is creative, chances are they're sound will appeal to me, personally, more so.
As soon as Air opens, I get a wave of melancholic beauty hit my square in the face. The wind chimes ringing over a very somber atmosphere while building more and more instrumentation as the song progresses, this is the essence of what I love about post-rock, very beautiful sonicscapes that just build into these huge sounding finales. I find that the sounds I love in post-rock are not always found when I listen to an album from that genre, which is fine, all bands should be different, but on an album like this, where it's basically everything I love from the genre, I can't help but be excited when listening to it. For me, the clean, very atmospheric and delayed guitars with extremely huge sounding atmospheres is what really gets me into, and got me into, the genre and it's what a lot of this album makes use of. Even on a track like All I Do Is Watch Time Pass By, a piano/synthe led ballad of sorts, the same dreamy atmosphere remains in tact.
Unlike a lot of post-rock groups that I've listened to, this band actually manages to rock out on some of these tracks, break into a heavier, or more distorted, guitar tone and just go for it, Oceanic Has Drowned being a prime example. I'll say that most of this album rarely reaches into the driving rock moments that that track does, but I find that the inclusion of those parts only adds to the dynamics of the overall album. Personally, I still like the more spacey and ethereal clean guitar parts over the rare distorted ones, which is why tracks like Into The Sunlight stick out so much to me. The little bit of vocals on here also doesn't really do much for me either, they're not bad, but they're really not all that relevant to any of the songs, you can totally tell he's totally trying to come off in a similar style as Jonsi from Sigur Ros, and they could have easily done away with them and it wouldn't have made a huge difference on the album.
While I felt this album started strong, I felt that there were some spots on the album that just really brought it down for me. I definitely liked the atmospheres and the clean guitar tone on this album, definitely the essence of what I like to hear from the genre, as I previously stated. I'd say that if you're into post-rock at all, definitely look into this album, definitely do so.
Overall Score: 8
Highlights: The Flight of Icarus 1 That Flew Through A Thunderstorm On Its Way Back to Earth, Into The Sunlight, All I Do Is Watch Time Pass By
Posted by maskofgojira at 11:52 AM