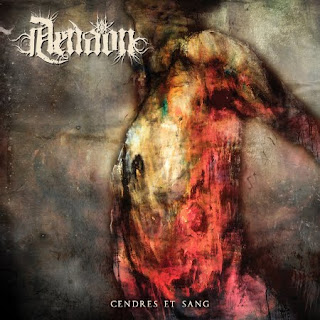 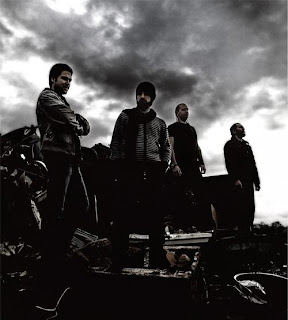 Finally I can cover this thing, I have to say that since I found out about this full-length album I've been looking forward to it. This debut full-length is something I thought should have come out a little sooner, but I can't really hate on when a band gets to release an album too much. I've been anticipating this since I first found out about their 2009 EP, so, it's been a little while.
From the opening notes of this album, you'll understand that this band has no intention of trying to copy or rip-off another group's style. When you open a black metal, overarching term here, album with a saxophone solo, you should know you're gonna get something a little off the wall. So besides that, you also have influences coming in from blues and jazz, as well as some more "industrial" at times, I'm using the term very loosely here simply because some parts on a track like Grand Narcotic Harvest remind me of a group like DHG. You can't call the eight minute Black Nerve not a highlight on here, it simply has everything that a good progressive tune should have, good riffs, nice transitions and a hook that should make it stand out from shorter tracks. Album closer, In Heaven, is a little weird as well, coming from the famous David Lynch film "Eraserhead," it's definitely a standout on the album simply for it coming from that. They really make this cover unique, not only making it really extreme, but keeping the dark atmosphere of the original, perhaps making it even more of an avant-garde piece.
Besides this group's interest in experimenting, they also have a nice talent for writing good songs. Being unique and weird is all fine and good, but it's always nice if you can write a good song, and tracks like Psychonautic Odyssey really stand out simply because of interesting arrangements and nice riffing. While I would have liked to have heard some better choruses, the track they contributed to the "A Parallel Zoetrope" split had a great chorus and I would have liked to have heard some more moments like that, but I think the riffing on here is much better than on that song, so I'd call it an even trade off, a track like Carnivora's Lair demonstrates the band in more of that vein if you were wondering what that track on the split sounded like. This album also has it's moments of more demented straightforwardness, Kraanerg manages to make quick work of other tracks on the album by being the most consistent in it's aggression and intensity.
I really enjoyed this album and it didn't let me down on any fronts, great debut full-length. I'm sure the diversity will definitely turn some people off, but if you're into the more experimental side of black metal, I definitely urge you to check this record out. This comes highly recommended.
Overall Score: 9.5
Highlights: Every Track Is A Highlight
Posted by maskofgojira at 11:33 AM