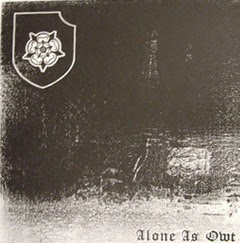 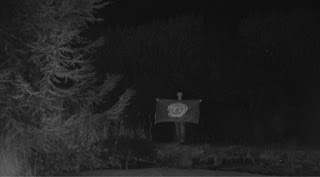 Well it seems like just yesterday I was first discovering the blackened noise scene through the great blog The Inarguable and looking into some really underground and great bands. White Medal has been a one-man solo act for a few years now, releasing several demos and EPs throughout the years, but this is apparently his first full-length. Raw, brutal, noisy, all characteristics that have been in his sound before, hopefully they're here as well. The riffs on here are pretty strong in and of themselves, which doesn't mean that it's like listening to a high-pitched buzz throughout the disc.
Now, for new comers to this band, I'm not sure what you think this sounds like, but the term raw is pretty much the one word that is accurate on here. This thing is not as noisy as some of White Medal's previous releases, but it's certainly still very underproduced. Sure, it doesn't sound like early Darkthrone records, cause things are still pretty easy to pick apart, but it's no Dimmu Borgir, that's for sure.
The five tracks on here only amount to just under nineteen minute of music, and what you get is an aural assault of blackened punk. You won't find brutal blast-beats or lightning fast tremolo picking, in fact, the drums maintain a pretty punk style for most tracks and the guitar playing is pretty mid-paced, opener Nine Senses really demonstrates that well. The title-track, Alone As Owt, is the slowest track on here, seeming almost like an attempt at a doom metal song.
Overall, this is an enjoyable record, maybe not one that'll be the easiest to find or listen to, but a good one none the less. Certainly this is a much easier listen that some of the demos that have been released over the years, so this is actually a decent place to start. Check this out if you're into the whole blackened punk sort of thing.
Overall Score: 6.5
Highlights: Todmorden Wood, Alone As Owt
Posted by maskofgojira at 11:04 AM