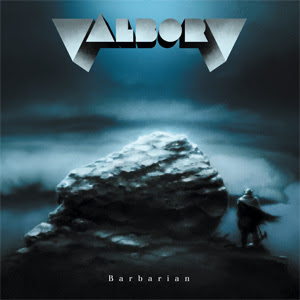 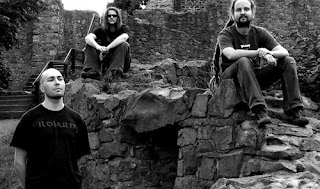 Since their inception back in 2002, Valborg has been a band that, in my opinion, has been criminally underrated. I hear almost nothing about these guys, and even though 2009's "Glorification of Pain" was well praised among those who heard it, it was not heard by as many as it probably could have. With each record, the trio has been moving into new directions, constantly doing things differently, hopefully this new album will bring them to even more fans.
If you're wondering what this sounds like, you might a bit surprised to know that the two labels they're given are correct, but also not complete. The sound Valborg really has is certainly a more experimental doom metal sound, but there are elements of death metal, heavy metal, psychedelic rock, and even a bit of black metal thrown in there as well. While previous efforts have demonstrated the band's more adventurous side, this new album is easily their most consistent, stylistically anyway. Vocally, the trio are still quite varied, making use of both grunting and growling as well making a more prominent use of the epic spoken/sung style used so frequently in doom metal.
The likes of Exterminator and Towering Clouds really showcase the guitar playing of Christian Kolf, which is something that really characterizes this band's sound. Drummer Florian Toyka's performance on here is to be commended, I think he does a great job staying pretty minimalistic on here while still bringing a great amount of life to the album that really keeps the album full of energy. For the most part, this album is pretty heavy, in the doom style of heavy anyway, but there are several parts within the album where more psychedelic and softer passages are used, hear Amethystine Skies for a great example, which really does separate these guys from the other bands that simply plod along for an entire album. The use of other instruments is also used from time to time on here, which still brings that experimental element to their sound, the what could be sax solo on Dead Flowers On A Demon Grave or the ambient soundscape-meets-drum solo on Iron Dreams. Samantha Alive is also the first time I think the band have had a more upbeat number on their albums, really recalling elements of post-metal and combining it with an almost 80's style of heavy metal.
I really enjoyed this record, as I have previous ones, but found this one a bit easier to grasp. While these guys are still a little weird, there's definitely some great songwriting and playing chops on here, especially if you compare it to their other bands. If you're new to the band, this would be a great record to start with, definitely check it out.
Overall Score: 9
Highlights: Battlefield of Souls, Towering Clouds, Samantha Alive
Posted by maskofgojira at 9:45 AM