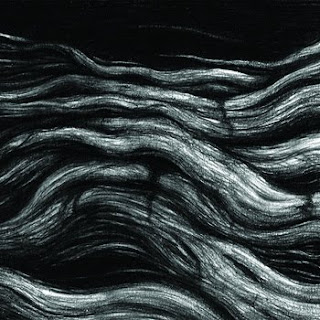 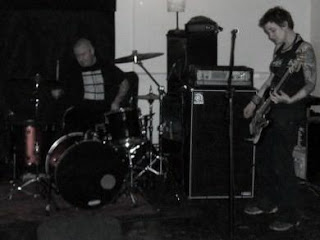 This tree-piece sludge group has actually picked up a little bit of steam since releasing this debut EP. When I first found it on a blog, I was under the impression that it wasn't all that well known, after having had this for a few weeks, I have been proven wrong. A few other blogs and sites have released statements and reviews of this EP, so I'm no longer the first.
Besides the intro, the first thing that hit me when listening to this was the sound of it, for a sludge metal record, it's pretty cavernous sounding. There are times on here where I felt as though I could have been listening to a black metal record, honestly. The vocals on here really kill this album for me, instead of being in a lower growl or scream, what we have here is a hoarse worman screaming at the top of her lungs, which, in tracks like God Theory and From Within, really hurt this release. The music itself is heavy and groovy enough to get someones attention, but not really enough to keep it, I found myself constantly knodding off while listening to this.
Overall, this is a decent debut, nothing mind-blowing, but solid. Though it's not really my thing, I could see others getting into this. Look out for this if you're in the underground sludge scene.
Overall Score: 6
Highlights: Sanford, Silent Scream
Posted by maskofgojira at 11:09 AM