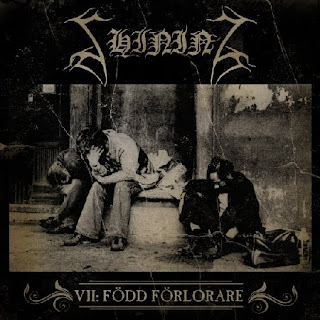 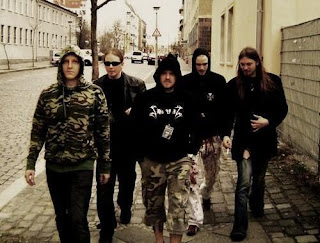 Unless you've been living under a rock, you know who Shining is. Throughout their illustrious career there have been more than a few highs and lows, of which I won't go into here. This new album, Kvarforth has said, will most likely cost them a good portion of their fanbase for how different it is.
For all his talk and presence, Kvarforth's seventh full-length under the Shining name definitely shows his most accessible, yet still completely dark, record yet, but I don't think it's as alienating as he believes it to be. This album is most certainly more mellow, making use of a lot more acoustic guitar, piano, and clean vocals. The guests on this record also add quite a bit of credibility to the record, in terms of fans of the guests will most likely look into Shining because of their presence, from the Swedish pop singer Nordman singing the chorus of I Nattens Timma or Erik Danielsson of Watain screaming on the Led Zeppelin influenced Tiden Läker Inga Sår. I'm sure a lot of people probably saw this coming, but this record is, compared to almost all the other Shining albums, a melodic record. Really, the only song that might throw some fans for a loop is the full-blown ballad I Nattens Timma with Peter Bjärgö, of Arcana, on vocals, which is actually a Landberk cover.
This is still a Shining record though, tracks like opener Förtvivlan, Min Arvedel and Människa O'Avskyvärda Människa, which features a guest solo from Christopher Amott on it, still have the trademark groovy black metal riffs. Kvarforth still manages to deliver some of his most passionate vocals ever, while also, as I said, bringing in an improved singing voice. Guitar solos, which is something that has more and more become a part of the band's style over the last few albums are still present on here, displaying some great playing ability and melodic structure. Some things remain consistent throughout their discography, even with all the evolution and line-up changes that have occurred in the band's decade-plus of existence. Really, my only problem with the album is the drum sound, which is too clicky and triggered for my personal taste and doesn't really fit with the band's style.
Overall, great album, great band, great sound, very hard to top. Shining is a band who just keep getting better at what they do, while always trying to explore a new part of their sound. Definitely check out this album if you want a nice introduction to the band.
Overall Score: 9.5
Highlights: Every Song Is A Highlight
Posted by maskofgojira at 10:46 AM