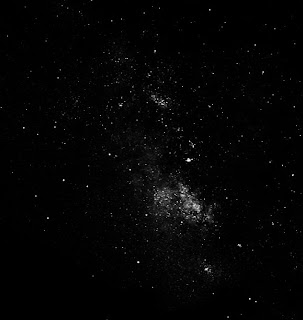 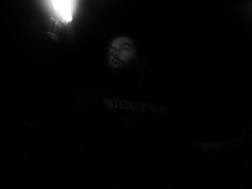 Getting back into the swing of things, metal reviews anyway, I might as well tackle something new to me. I've never heard of Avulse before, though I have seen the last album, 2009's "Granted But Grace From This World," in passing, I've never listened to any of it. From the cover and title alone, I have some cool ideas as to what this could be.
No messing around on here, absolutely none, this thing is dirty, abusive, and punishing in its approach to black metal. When you open an album with a track like Maker's March, which is a minute and a half of blast-beating distorted fury, it becomes hard to not at least think that you're going to have a bruise when the entire album is done. This album doesn't hold any punches, making it clear that this is meant to be a punk-influenced, black metal album, hear the closing cover of Jawbreaker's Kiss The Bottle.
The one-man approach to black metal can be a double-sided coin that either works in an albums, or bands, advantage or against them, unfortunately what on here is the latter. While some tracks on here are well done, Your Blood, My Bidet being a nice example of well structured, short and catchy songs, a lot of this album is just far too under produced and noisy to come off sounding good. Now don't get me wrong, I love a good, noisy album, but when the programmed drumming sounds both louder and clearer than the guitars, I feel a little put off. In my opinion, the attempt at trying to sound more psychedelic or atmospheric on the second half of Naked In Flame/Black Heaven, just should have been omitted from the album, it feels really out of place and is just full of pot holes that were quite irksome.
I really wish I could have liked this album more, but it just sounds way too under produced and noisy for what I believe Diseased is going for. There's just way too many parts that sound like mistakes were made or where production differs from each other. There are some decent songs on here, but for every one, there appears to be one to counter it. Check this out if you're into noisy, somewhat atmospheric black metal, but otherwise, it's not essential.
Overall Score: 4
Highlights: Vacant, No Womb From Which to Tear, Midnight In Bayside/These Streets Lead Nowhere
Posted by maskofgojira at 9:13 AM