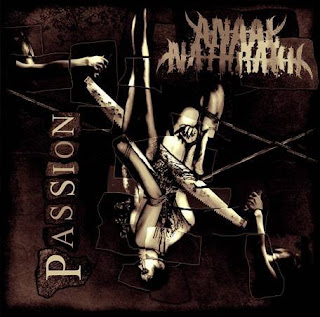 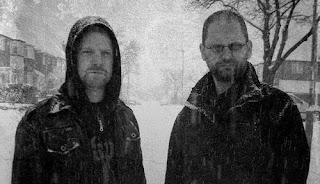 Anaal Nathrakh is a band that I've grown to be quite fond of since I first started listening to them a few years ago. I remember reading about them in various forums, magazines, and blogs and how unique they sounded and being really blown away by their stuff once I did listen. Since my initial discovery, they've grown into a favorite of mine, being one of the few bands I can say actually manage to make me want to mosh.
This album gets things off to a solid start with opener Volenti Non Fit Iniuria bringing in a similar vibe of the melodic blackened grind sound the band has pioneered on their last few albums. In all honesty, it's not as great as tracks from the last few albums have been, but it opens the album nicely and definitely has some killer vocals, I still believe that Dave Hunt is one of the most underrated vocalists in extreme metal. However, I have to say that things really get interesting on the second track, Drug-Fucking Abomination. It's been said that Mories of Gnaw Their Tongues, among other projects, has guested on this album, and if there's any track that has his mark on it, it's this one, with a definite atmospheric touch that is unlike any other song the band has ever produced. Rainer Landfermann, who used to sing in Bethlehem, also performs some crazy vocals on Tod Huetet Uebel, to the point that I think some will be turned off simply by them and Alan Dubin of Khanate performs some vocals on Ashes Screaming Silence as well.
Despite having some of the band's most melodic moments on it, Paragon Pariah, this album also contains some of the band's shortest and most grinding material to date, hear tracks like Post Traumatic Stress Euphoria or Locus of Damnation. These more grinding tracks don't even hit the two minute mark, with two of them being just over a minute. But probably the thing I have the hardest time getting over with this record is the production, other albums have had a more definite crust sort of vibe to them, where it was very visceral; but this album takes a more atmospheric take on the production, which, for my ears makes it sound a bit too polished.
Overall, I'd say it's a really solid album with some of the duo's strongest and most experimental material to date, but it's not really their catchiest. Like I said, my only real buff is with the production, the songs themselves are all very strong. If you're into an aggressive, more atmospheric sounding, blackened grind record, this is the best place to listen to it.
Overall Score: 8.5
Highlights: Drug-Fucking Abomination, Who Thinks of The Executioner?, Ashes Screaming Silence

(Feel free to correct me on the guest vocalists, I'm really only guessing when it comes to Mories and Adam Dubin)
Posted by maskofgojira at 7:03 AM