Njiqahdda - The Path of Liberation From Birth and Death (2011) 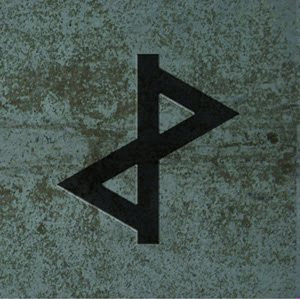 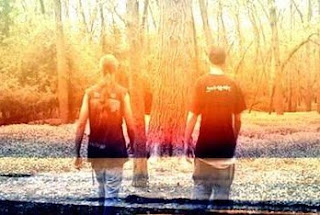 I'd say that it was probably around the end of last year that I finally wound up checking out the duo known as Njiqahdda and was able to grasp what it was I was actually hearing. I remember first hearing of them on an obscure compilation that someone on youtube had made and it contained a sample from one of their more widely acclaimed releases, 2009's "Yrg Alms," and I was pretty impressed by it. I do have to admit that upon seeing their extensive discography I was turned off as I had no idea where to start.
While I have to say that people should really check out their other releases, especially the full-lengths, I will say that this new album is by no means similar to what you will find on the past work. While atmosphere has been the common thread through most of their discography, more recent releases have broadened their sound by including a much more progressive element into their sound. This album really reverses their format, with technical and progressive riffs and song structures really being at the forefront of their sound. Honestly, I would like to tell you that this would be a great place to start your listening with the band, but this is by far one of their most experimental albums, as it is a more obvious complex record where ten-plus minutes songs encompass the album, though that's not a new thing for this band, there are easier records to start with.
In terms of an impression, I can safely say that this album does leave a mark on you after you've listened to it. After a track like Attaining The Confidential Supreme Absolute, the band decide to bring things back to a, I guess what could be called, manageable level by bringing a more melodic and mid-paced section into the epic Universal Form Replaced With Despondent Chaos. It's a hard album to really get into, as it's always changing and shifting, never staying in one place, but once you do, you can actually feel as though you've gone through some sort of life-changing event. There are times on here where it almost feels like the music is taking you on an out-of-body experience, a track like The Opulent Throne felt a little hazy at times and really brought out that sort of feeling, to me at least.
Overall, it's a uniquely great album with almost nothing to compare it to, band wise. The boys in Njiqahdda have really outdone themselves with this, crafting one of the year's most intriguing and cerebral albums so far. Definitely look for this if you want to get something unique and difficult, but if you're new to the band, I'd still suggest starting on another full-length before diving into this one.
Overall Score: 9
Highlights: Universal Form Replaced With Despondent Chaos, Sky and Earth Remembered Only As Blood
Posted by maskofgojira at 8:57 AM