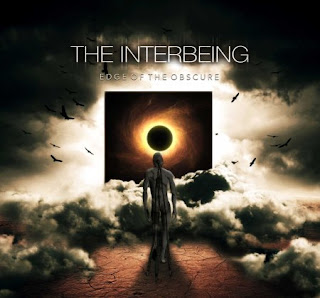 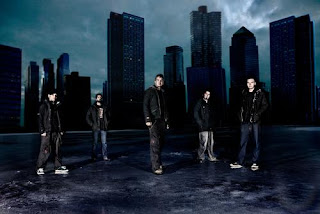 How I long for the days when Mnemic released their debut album and blew me away with their blend of poly rhythmic grooves and catchy vocal lines. Sadly, that band slowly degraded with each album, so I have been on the search for a band to really take that spot for me. Hence, The Interbeing was introduced into my musical library by hearing their EP and finding exactly what I wanted.
That debut EP contained four songs that are all on this full-length, but showed the ability to make use of great choruses, nice grooves, and a nice flair of modern electronic music. In a sense, it's similar to how Mnemic sounded on their sophomore album, still having great songs, but not as progressive or experimental, not that I'm gonna fault this band for not being too experimental. Choruses, for the most part, are done cleanly with screamed vocals, so it's not going to win any awards for originality, but to me, the strength is in those songs, hear tracks like Face Deletion or Fields of Grey. In a time where groove metal, and djent, is becoming popular, writing a good song is slowly fading away in favor of writing something that's ment to sound more technical than it is, this band knows how to write a memorable chorus.
The use of electronics on here is tone quite tastefully, as they don't rely solely on the more dance techno and dubstep that a lot of newer industrial, or electronic, metal groups are now relying on, but it is used; but instead make use of more atmospheric textures throughout most of the album, hear Shadow Drift. Personally, I prefer this sort of electronic influence on metal, as it tends to really leave it up to the band to write good songs without the use of synthe first, a good song without synthe can only be enhanced by adding ambiance, at least in my opinion. The sort of ambiance found on this album also helps give the album a very mechanical kind of vibe where the riffs, by themselves are very hard-hitting and groovy, or djenty if you will, but the synthe gives it this Fear Factory kind of vibe.
Overall, it's a solid debut album with some great songs that just stand out as some of the best I've heard all year. I'm hopeful that this band won't follow down the same path of mediocrity that Mnemic did, once again in my opinion, cause they're off to a promising start. If you don't already know about this band, check them out if you're into that sort of industrial groove or djent metal.
Overall Score: 7.5
Highlights: Tongue of The Soiled, Fields of Grey, Rhesus Artificial
Posted by maskofgojira at 9:11 AM