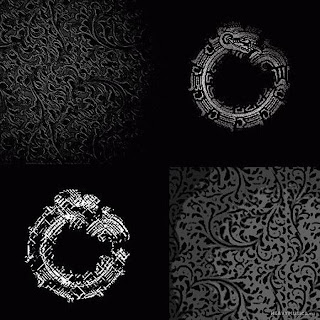 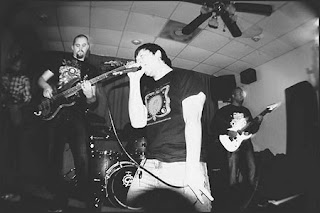 When it comes to sludge/doom, I think most people would tell you that records tend to be on the longer side, so seeing that this album just topped thirty minutes surprised me. Granted, it was only recently that I found out this was an EP, that doesn't change how the music sounds. But, it was really just out of wanting to hear a long epic that made me want to check this out.
This three song EP should really make fans of doom salivate, with two shorter, let's say old-school doom songs opening and closing the release, and an epic in between. You can tell these guys grew up on the classic stuff, Black Sabbath, Led Zeppelin, Pentagram, Black Widow, and St. Vitus all throughout this release. I have to say the musicianship on here really does a good job at capturing that sort of vintage sound, it sounds very heavy and slow, but with riffs that definitely hark back to the grand 70s. The style of the early heavy metal and doom metal bands is maintained throughout most of this release, keeping a nice, head-bobbing groove going in Appalachian Throne while throwing in a few nice riffs as well. Honestly, I think my biggest complaint on here was when the vocalist starts singing, his growling is nice a low and his scream is decent, but his singing sounds very lazy and slurred, like a bad Danzig impression, it almost completely ruins Hindu Tabernacle, but half of that track in instrumental.
This is a pretty decent release, it's not great, but a nice start. Maybe if the singer stopped trying to sound like Glen Danzig, he'd wind up sounding better, but for now, it's his growl that's the best thing he has going for him. Check this out if you want some old-school doomy heavy metal.
Overall Score: 6.5
Highlights: Appalachian Throne
Posted by maskofgojira at 8:15 AM