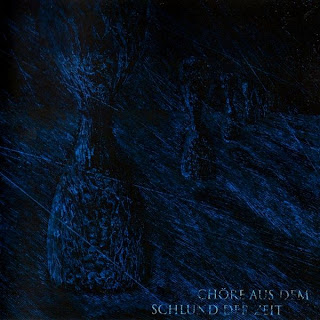 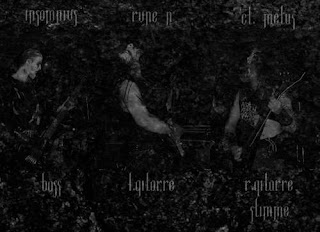 I'm reviewing this because I saw a cover that looked bleak and grim and made me think Enslaved for some reason. Sure, the German black metal scene is really good at the moment, but I'm curious as to just how many bands I can find that are actually good, to me anyways. Four songs, epic lengths, why not give it a shot?
It's obvious from the start that these guys want to be progressive, they want to be in the same league as the heavyweights like Enslaved or Odem Arcarum. There's a very traditional sense to the riffing, but there's also plenty of melody and spastic technical wizardry going on throughout as well. It's a nice balance of being melodic and progressive, but it's not so out-there, if that's what you're worried about, that it goes into wank territory, despite the neo-classical vibe on Steinerne Erhabenheit. you'll You can hear the left-field melodies and the nice bass work in the background, but what does it all amount to in the end?
After listening to this album, I don't feel like I experienced anything I couldn't get from the bands mentioned above, performed better as well. This is by no means generic or lazaly performed, it just doesn't feel original to me, and for some reason, that really made this record a bit of a chore to listen to, I hate to say. While some moments do stick out, Grabermoor is by far the best song on here, the record as a whole just didn't do much for me. In all honesty, these guys have all the right elements that would normally appeal to me, but for some reason, it just wasn't clicking here.
Overall, it's an alright record, there's actually nothing wrong with it whatsoever, I just couldn't get into it. There's some great ideas and some nice atmospheres, the productions a little rough, but it works. If you want to hear something that sounds like a younger version of the bands mentioned above, check this out.
Overall Score: 5.5
Highlights: Grabermoor
Posted by maskofgojira at 8:12 AM