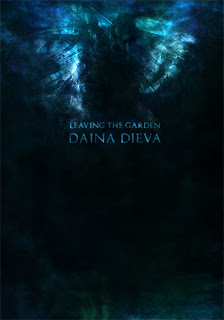 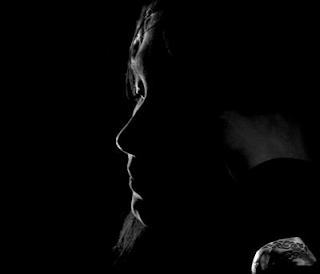 I'm not the biggest fan of dark ambient music, though I do find it actually quite appealing, from the little bit that I've heard. The few artists that I can actually say I enjoy listening to do create interesting soundscapes and odd noises that are captivating. So this new album from Daina Dieva does interest that side of me, plus the album title is pretty cool and dark sounding too.
The soft and somber sounds that open this album really bring an interesting sense of calm that I didn't expect to occur so suddenly after I pressed the play button. Waiting For The Snow just soothed me to no end with it's clever use of chiming chords and darker synthe work in the underbelly of the track. As the album progresses though, this sense of pure ambiance gives way to a more neo-classical and darkwave influence. The ambiance remains, but the female chanting really brings that sort of air to the record that can really take over the record if you let it.
I really liked the turn this album took on the title-track, Leaving The Garden, how from the quiet and calming ambient sounds, it now moved into a darker and more drone sound. Sure, a lot of this track is still in the realms of being ambient, but it's probably the darkest of the four tracks on the album, remaining very minimal and bleak. I really enjoyed how this track really just went from the dark ambient drones into that darkwave sort of chanting with much more sharp and precise sounds coming in the background and then into the cleaner and more pretty sounds of the first track to finish it off. This track is pretty much the essential one for the album, it has elements of the other three tracks all melded together.
When you look at the album as a whole, it's well constructed, but I feel like the weight that the title-track carries is a little too much, it could have been stretched out and made into a full album on it's own, but that's not really a complaint. I did enjoy this album, it was calming and soothing, but had enough of that bite with the chanting to really keep my attention. I'd recommend this to anyone that feels a need to listen to some new dark ambient music.
Overall Score: 7
Highlights: Leaving The Garden
Posted by maskofgojira at 10:24 AM